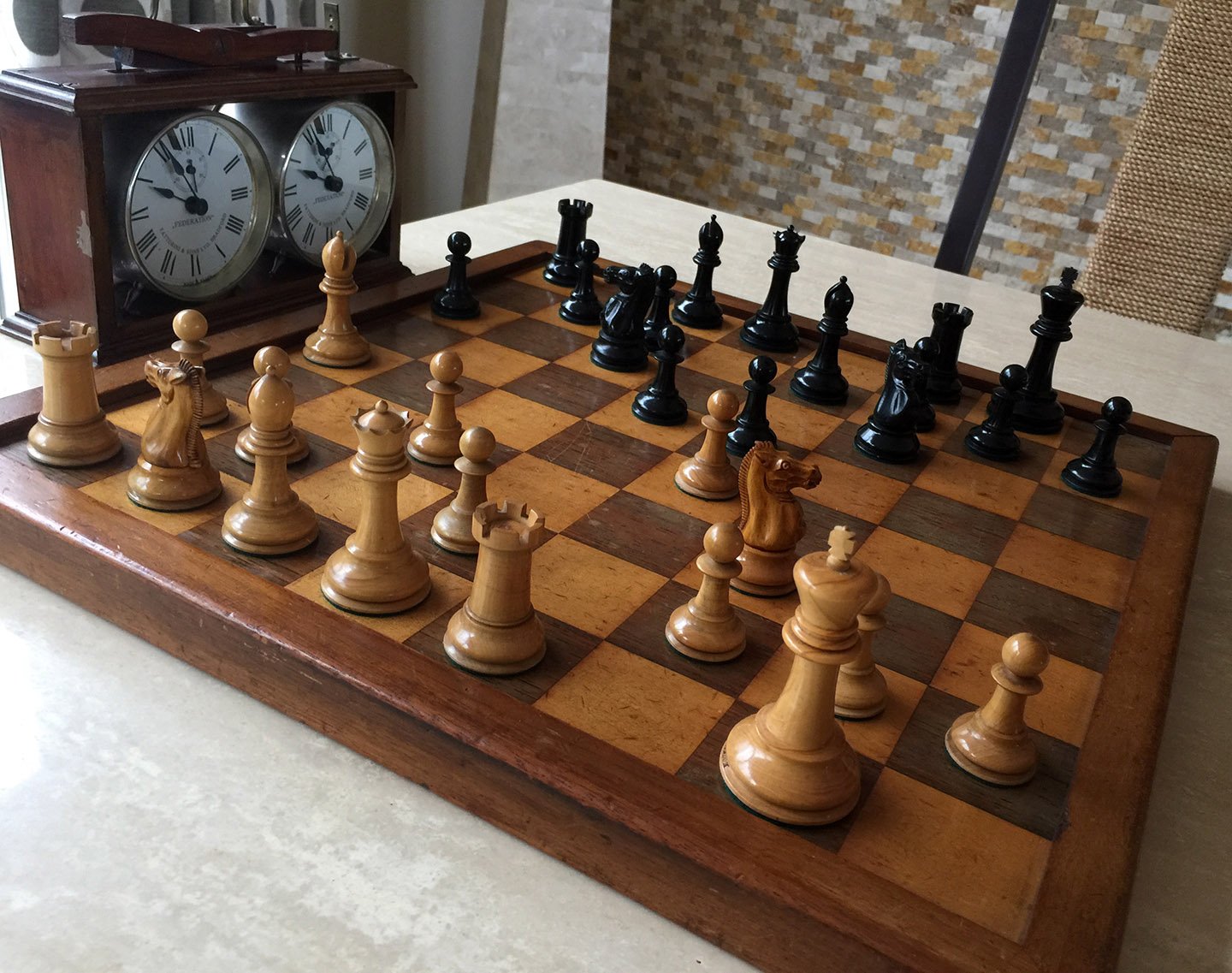 A set of Boxwood and Ebony Jaques Tournament Size Marshall Chessmen, heavily weighted and felted, with “Jaques London” inscribed on the base of both Kings. The Kingside Knights and Rooks have a King’s crown stamped on their summits. This is an early Marshall style set with very attractive set with beautifully carved Knights with drilled out pupils. The King stands 3-1/2″ tall with a 1-3/4″ diameter base. These Jaques Tournament Size Marshall chessmen are housed in their original Mahogany hinge-top box which is missing its lid. The chessmen are in excellent condition. The set is circa 1900. The antique Fattorini and Sons timer and antique chessboard shown are not included, but can be purchased elsewhere on this site.