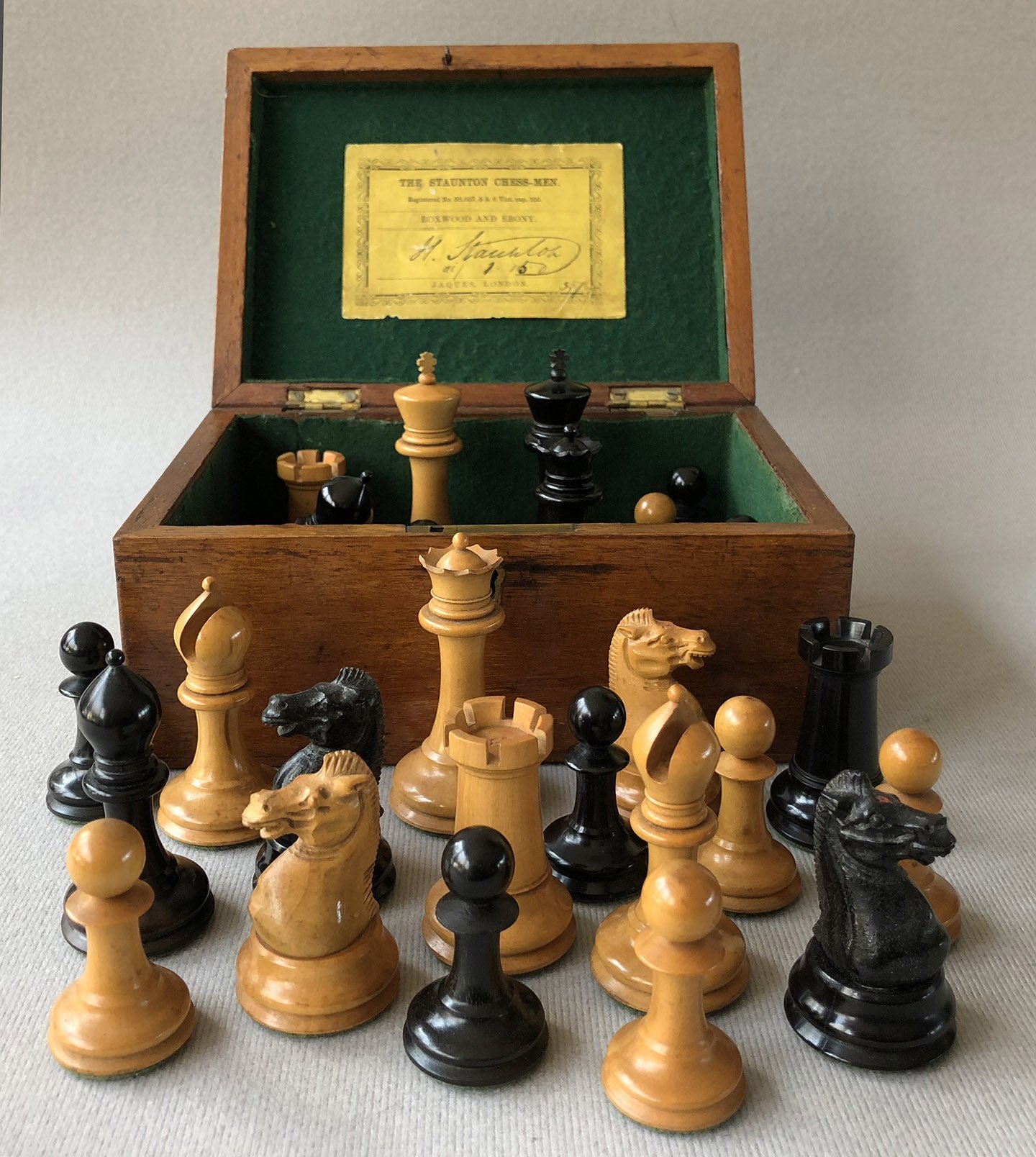 Offered here is a set of antique Jaques Weighted Anderssen Chessmen, circa 1856. The chess pieces are Boxwood and Ebony, weighted and are cushioned atop green baize base pads. The King stands 3-1/2″ tall with a 1-3/4″ diameter base. The Knights are the Anderssen Drop-Jaw style.  The White King is stamped “Jaques London ” on the rim of the base. The Kingside Rooks and Knights are stamped with a King’s crown on their summits.

This King height is often referred to as the standard or “Tournament Size.” The Jaques Weighted Anderssen Chessmen are housed in their original Mahogany hinge-top box with the original rare orange-yellow Jaques maker’s label. The label has the earlier correct Registration Number 58097 5 & 6 Vict. Cap. 100. The ;later label will have a misprint and read 58697 5 & 6 Vict. Cap. 100. The chessmen and box are in truly excellent condition for their age. These Jaques Weighted Anderssen Chessmen play and display best on a chessboard with 2-1/8″ or 2-1/4″ squares.

A chessboard  is not included in this offering, but a suitable board can be purchased elsewhere on this website. Check out https://chessantiques.com/product-category/chessboards/ for a selection of our finest new and antique chessboards,