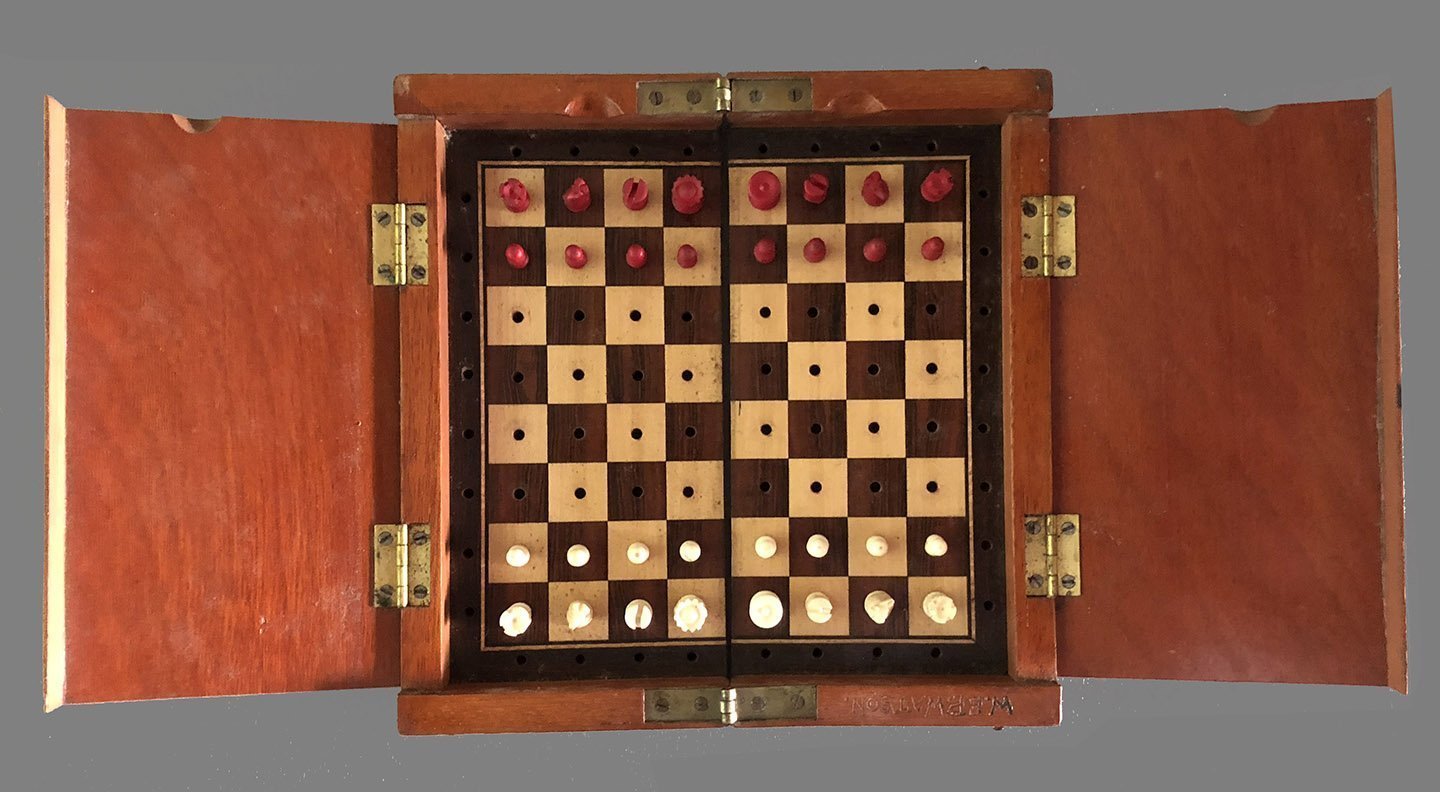 Offered here is an antique Jaques Jaques Whttington Travel Chess Set. This Jaques Whittington Travel Chess Set measures 8″ x 8″ open and is 2-1/2″ thick folded, with red-stained and natural bone chessmen. The case is Mahogany with Rosewood and Sycamore squares.  These are sometimes referred to by the moniker “Status Quo”, not to be confused with the patented Jaques In Statu Quo chessmen, which employ an entirely different method to secure the chessmen when not in play.  The Whittington chessmen are pegged representations of the headpieces of each of the six chessmen and are fabricated from natural and red-stained bone. The Whittington style portable chess sets are available in several sizes, all having bone chessmen. The Whittington Pattern chess sets were produced by several manufacturers, including the British Chess Company. This travel chess set is in excellent condition.

John Jaques the Younger originally applied to register this design in 1852, but seems to have abandoned the application in favor of the In Statu Quo design. On 1st November 1852, provisional protection had been given to Jaques for a provisional patent application for “improvements in chess and draught boards.” That 1852 application may have been intended to be a first preliminary version of the In Statu Quo board. In the application, the design was specified without any accompanying drawings and was allowed to expire. However, its description very closely parallels the design of the Whittington chess set and clearly ties its DNA back to Jaques..

The idea behind the Whittington (and all Status Quo hype chess sets) is design is to allow a game in progress to be discontinued and the position on the board retained for future play by using two hinged flaps which fold down over the chessboard, preventing the pegged chessmen from moving when the board is inverted. An advertisement for the Whittington chess set sold by Jaques from Staunton’s Chess-Player’s Handbook is shown here.