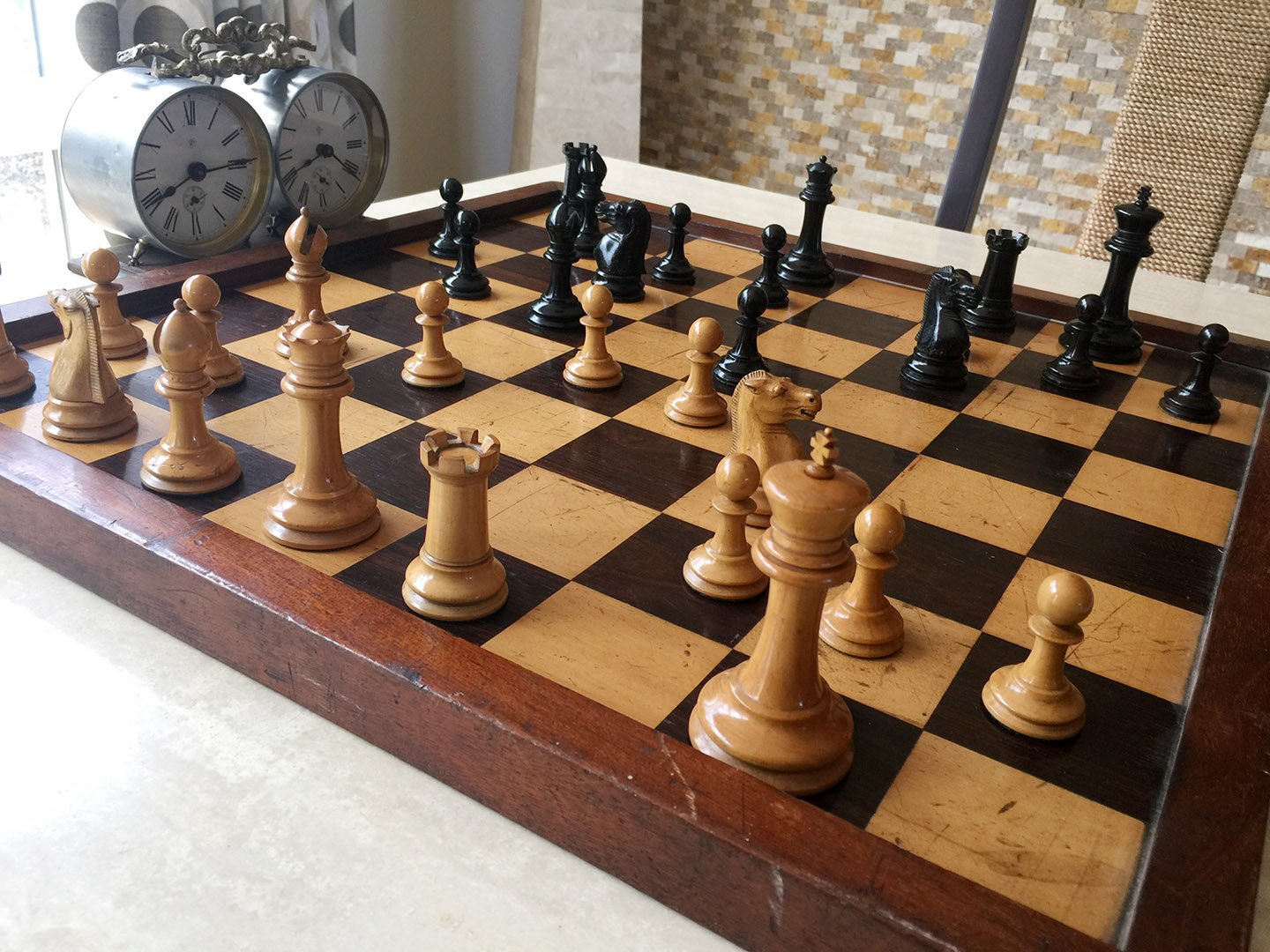 A Boxwood and Ebony Jaques Zukertort Chess Set, heavily weighted and rest atop green baize base pads. “Jaques London” is inscribed on the base of the White King. A very attractive set with masterfully carved Zukertort-style Knights with drilled out pupils. The King stands 4-0″ tall with a 1-7/8″ diameter base. In the advertisements, this set was referred to as the “Small Club Size”. The full Club Size sets had a 4-1/4″ King with a 2″ diameter base.  This Jaques Zukertort Chess Set  is complete with its original, undivided Mahogany hinge-top box, a brass semi-mortise lock set, brass stop-hinges and lined in matching green baize. The original label is still affixed, although 3/4 of the label has been torn away. The chess pieces and box are in very good condition with no apparent repairs or damage. The chessmen are circa 1870. The antique chessboard and antique Junghans clock shown are not included in this sale, but are available elsewhere on this site.