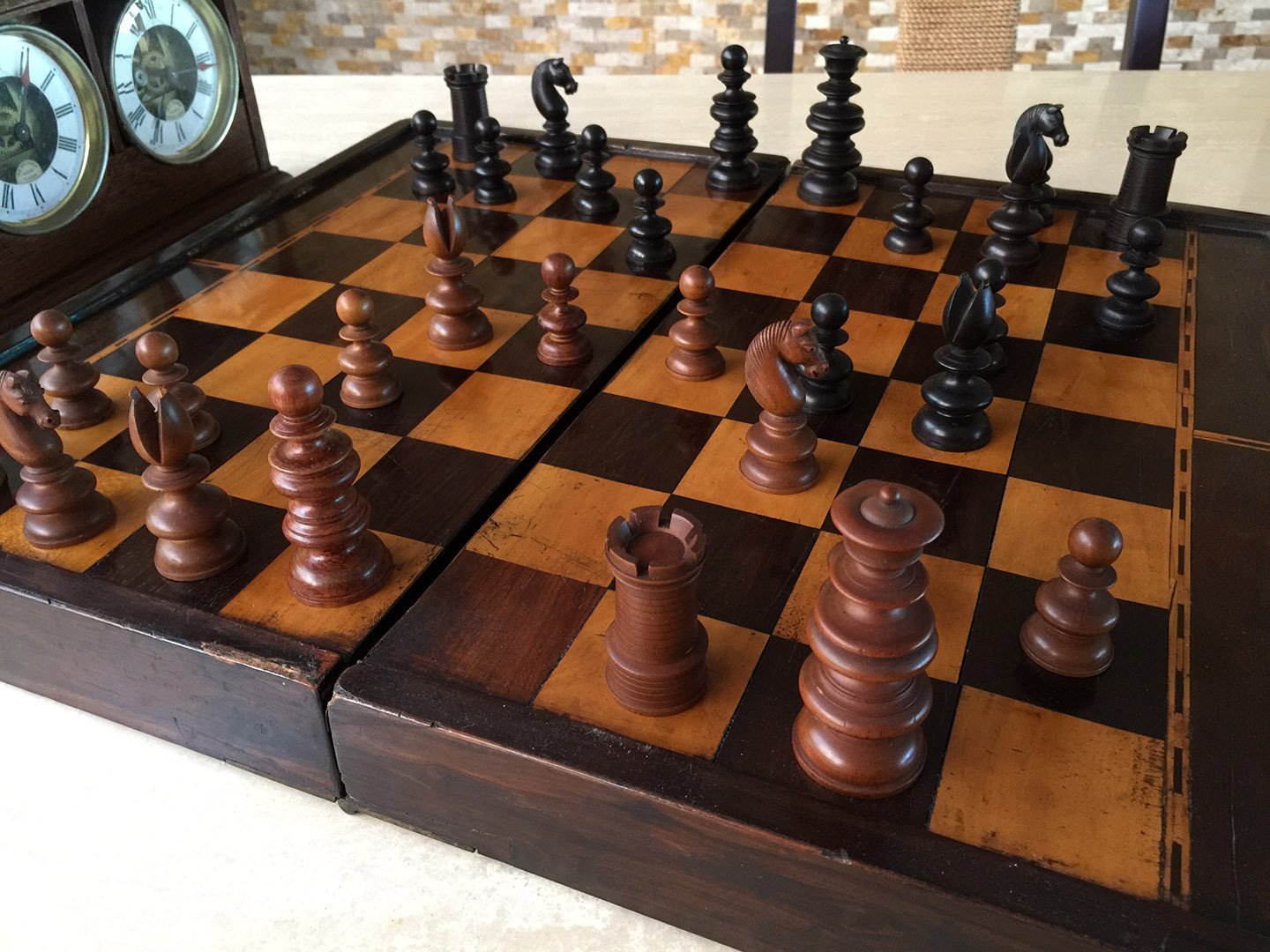 A superb set of John Calvert Tournament Chessmen crafted from Boxwood and Ebony. This style of chessmen was common in the late Georgian Period and probably dates to the 1820s. The King stands 3-3/8″ tall with a 1-3/8″ diameter base, which is equivalent to a tournament-size Staunton. The undersides of each Rook are stamped “Calvert, 189 Fleet St.” The English Boxwood pieces have a very attractive deep patina. Shown in the accompanying image is a size comparison with a Jaques 3-1/2″ Staunton King. The chessmen are in excellent condition and are housed in a small Mahogany slide-top box. These John Calvert Tournament chessmen fall into the ubiquitous category often referred to as English Playing sets, which also included the Saint George pattern. These English Playing sets were ultimately supplanted by the Staunton chessmen which were introduced to the public in September of 1849. The antique chessboard and Tanner Reliable Chess Timer shown in the images are not included in this offering, but can be purchased separately elsewhere on this website.

These chessmen were produced in the workshop of John Calvert, located at 189 Fleet Street where he operated his business between 1790 until his death in 1825. He was awarded the title Master of the Worshipful Company of Turners in 1819. After his death, the business was continued by his widow, Dorothy, until around 1840. This Old English Playing set design is typical of the work of John Calvert. Similar sets of chessmen were made by Thomas and William Lund as well as George Merrifield and John Jaques, among others. This particular set was produced by John Calvert 189 Fleet Street.