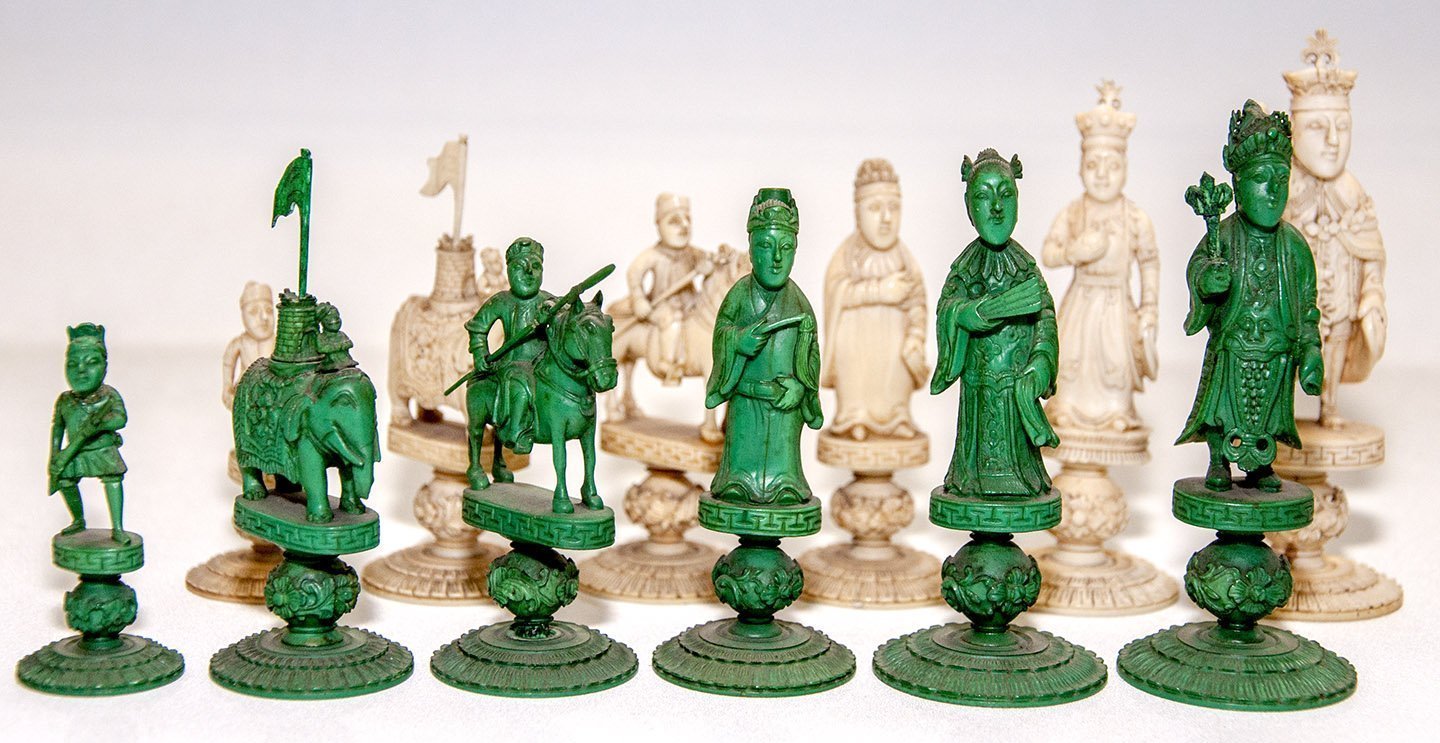 Offered here is a magnificent antique Chinese-Export carved ivory King George III Figural Chess Set, produced in the Canton region in the early 19th Century.  The chess set features King George III and Queen Charlotte versus a Chinese emperor. The chessmen are hand-carved in natural and green-stained ivory. The King stands 4.2” tall. The set features pawns in two distinct styles. Rooks are portrayed as Elephants surmounted with towers bearing the Union Jack flags, Knights are warriors atop steeds and Bishops are portrayed as properly adorned clerics. All the chessmen rest atop elaborately carved pedestal bases. Aside from a missing flag atop one of the White Rooks, the set is in excellent condition. This type of set was also manufactured with Emperor Napoleon and Empress Joséphine as the white King and Queen. There are very few green-stained Chinese King George III chess sets like the one featured here.

These chess sets started to appear on the European Market around 1920 and continued throughout the Victorian Period. When Europeans, especially the British, became infatuated with Chinese and Indian decorative arts in the eighteenth and nineteenth centuries, Chinese craftsmen began to make increasingly elaborate chess sets catering to European tastes.  These sets were made for the European Market and probably sold in Macao which was the only place in China where Europeans were allowed to visit prior to the Opium Wars of the 1840s.

The best of these sets were carved in Cantonese workshops, using fine ivory imported from India, and brought to Europe by the British East India Company. China has produced some of the most extraordinary chess sets in the world.