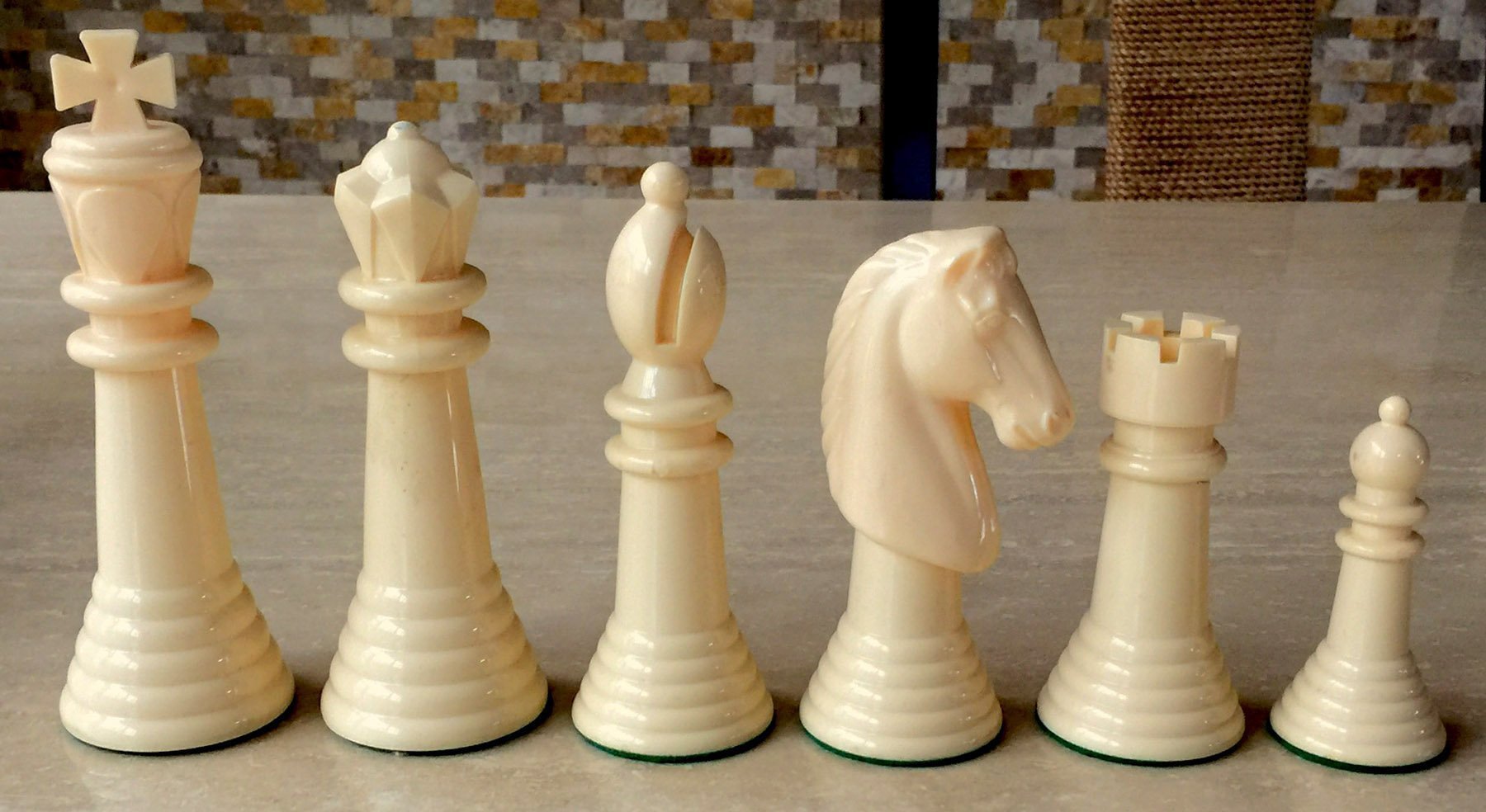 From our Nostalgia collection, here is a boxed set of Kingsway Varsity Plastic Chessmen. The chessmen are weighted and felted, with a King height of 5-0″ with a 1-7/8″ diameter base, marketed by Kingsway. The chessmen are cast from white and black plastic. The chessmen are in excellent condition. The box is somewhat worn, as can be seen from the image provided. These chessmen require a chessboard with at least 2-1/2″ squares

Kingsway was a rather small, one-man corporation, organized in 1947, which manufactured and sold plastic chess sets, plastic card holders and some other items. The first and main item manufactured and sold by Kingsway was its “Florentine” figurine chess sets. Kingsway first started selling plastic chessmen in 1947. On the front bottom of the pedestal of the King and Queen is molded “Kingsway, Inc.” and on the back, the Kingsway Florentine trademark. In 1959, they started selling its chess sets under the name “Florentine” chess sets.

Kingsway was the first manufacturer of inexpensive plastic figurine chessmen. Between the years 1947 and 1962, they sold one and one-half million dollars worth of “Florentine” or “Kingsway Florentine” chess sets. They also produced smaller versions of the Varsity Chessmen, the “Kingsway Staunton” chessmen, shown above.