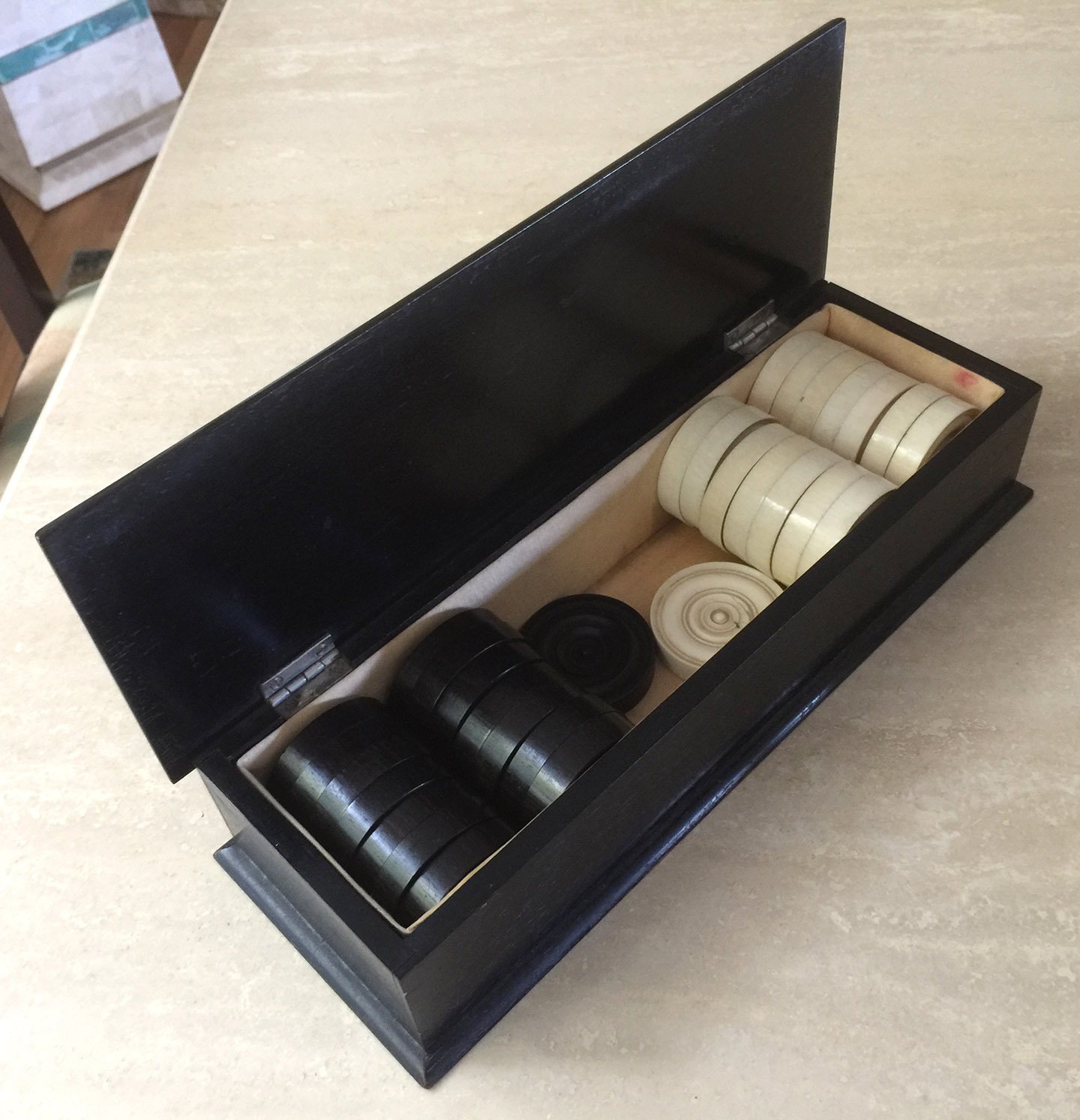 This offering is a complete set of 30 large Antique Backgammon checkers, turned from African Ivory, one side is dyed black. The individual checkers are quite large and measure an impressive 1-7/8″ in diameter by 3/8″ thick. These large antique ivory Backgammon checkers date to around 1830. The antique folding chessboard shown is not included, but this and several other suitable boards are available elsewhere on this web site. The Backgammon stones are in excellent condition with no repairs or replacements. The chessmen are housed in a solid Ebony hinge-top box with brass hinges. This set does not include dice, shakers or a doubling cube. These 30 Backgammon checkers can be use for several board games.

Backgammon is one of the oldest board games known. It is a two player game where the units are moved according to the roll of dice. A player wins by removing (bearing-off) all of his pieces from the board before the opponent. Backgammon is a member of the “Tables” family, one of the World’s oldest classes of board games.

For a more detailed discourse on the history and rules for Draughts or Checkers, check out:https://en.wikipedia.org/wiki/Draughts and http://www.usacheckers.com/