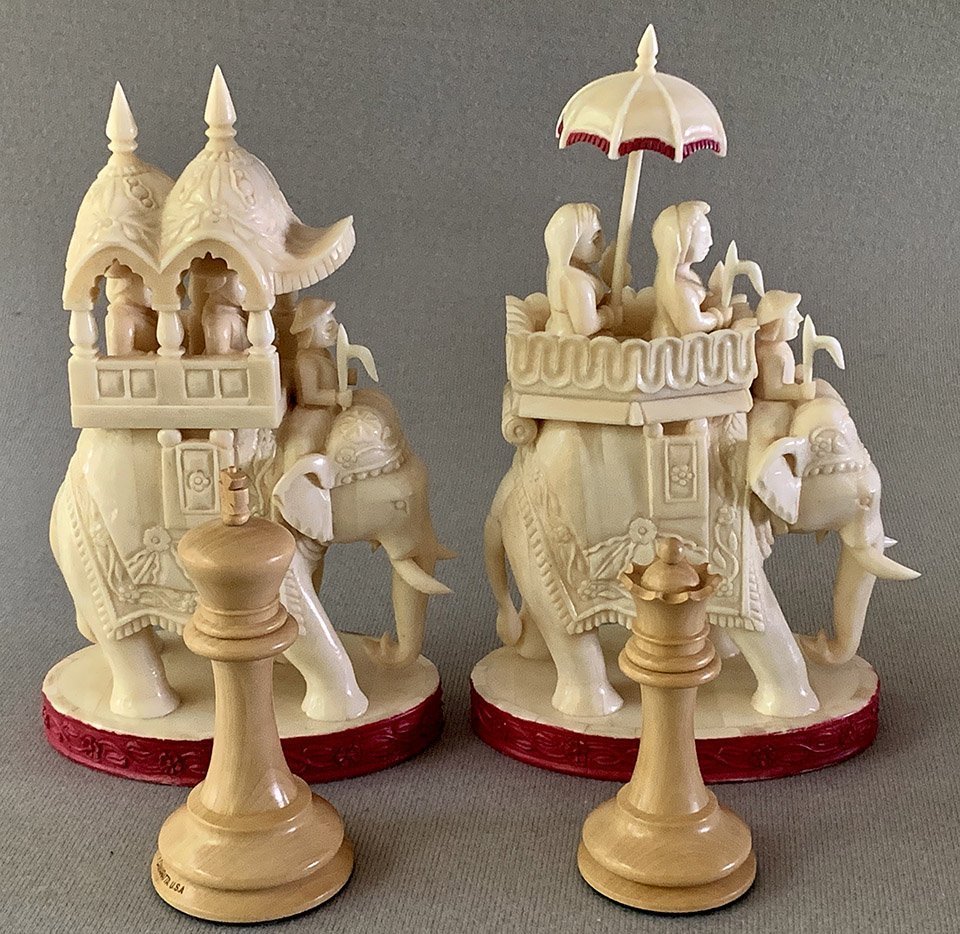 Offered here is a very large, Magnificent, Rajasthan Chess Set 6-0″ tall with a 4-7/8″ Base. The image attached shows a height comparison with a Full Club-size 4-3/8″ Jaques Staunton King. Incredible in both composition and presence, this Indian carved figural chess set is composed of 32 pieces, crafted with meticulous attention to detail, in the finest Camel Bone. The two armies are differentiated by a red band around their base. These chess sets are often confused with the much older and more elaborately carved John Company sets from the early 1800s. Poised for battle in howdahs mounted atop elephants, horses, camels, and on foot, the soldiers stand ready, carrying scimitars, long swords and spears. The Kings and Queens are modeled as seated figures in howdahs atop blanketed Elephants. Knights are horseback mounted soldiers. Bishops are represented as riders atop Camels. The Rooks are bare-back Elephants. The Pawns are soldiers carrying spears, scimitars, swords and spears. The Seated figures are carrying fans, incense burners and Elephant prods.  An amazing Bone Rajasthan Chess Set such as this are rarely seen, let alone survive intact and in such fine condition. The chessmen date to the 20th Century.

The large Amboyna and Birdseye Maple chessboard shown is not included here, but bay be purchased elsewhere on this site. For our extensive collection of antique and premium chessboards, look here.