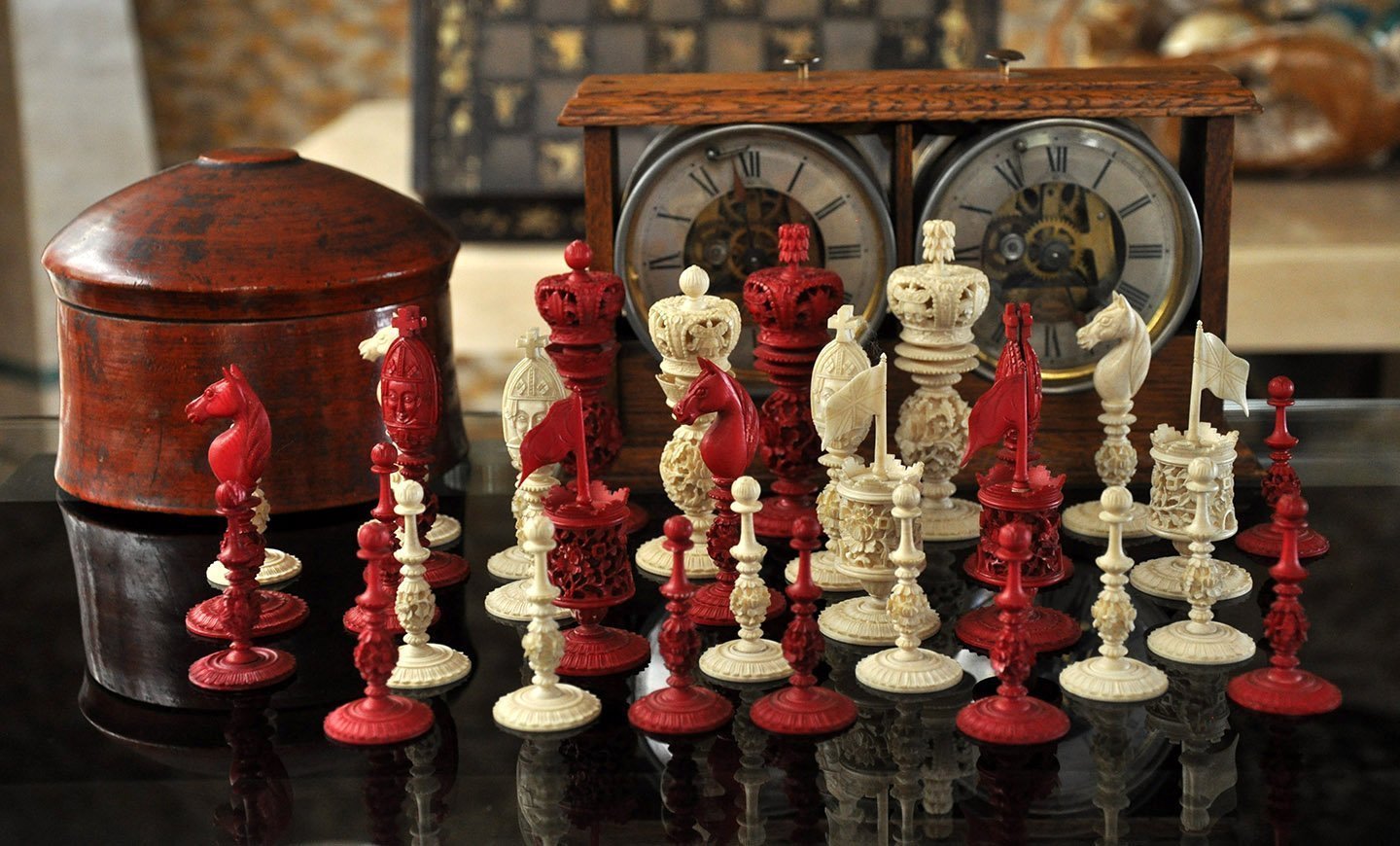 A set of elaborately carved Large Ivory Burmese Antique Chessmen, Type III, natural and red-stained. The King stands an impressive 4-1/2” tall. The set was produced in Canton around 1820 and most likely sold in Macao. The Type III Burmese Chessmen are characterized by a carved face on the headpieces of all the Royal chessmen – the Kings, Queens and Bishops. This feature is found on the largest Burmese sets with King heights 4-1/2″ and larger. The set is housed in what appears to be it original fitted box with a removable upper tray which houses the Pawns. If so, this is the first instance I have seen where these Burmese sets were still accompanied by their original box. The chessmen and 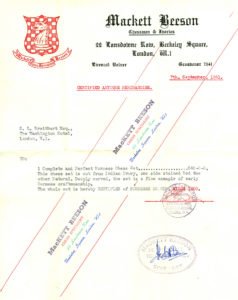 box are in excellent condition with no repairs or replacements. The red stain is still strong and vibrant. The chessmen are accompanied by the original, hand-typed and signed letter from famed British dealer and author, Mackett Beeson, dated 7th September, 1961, transferring ownership of the chessmen to the previous owner.