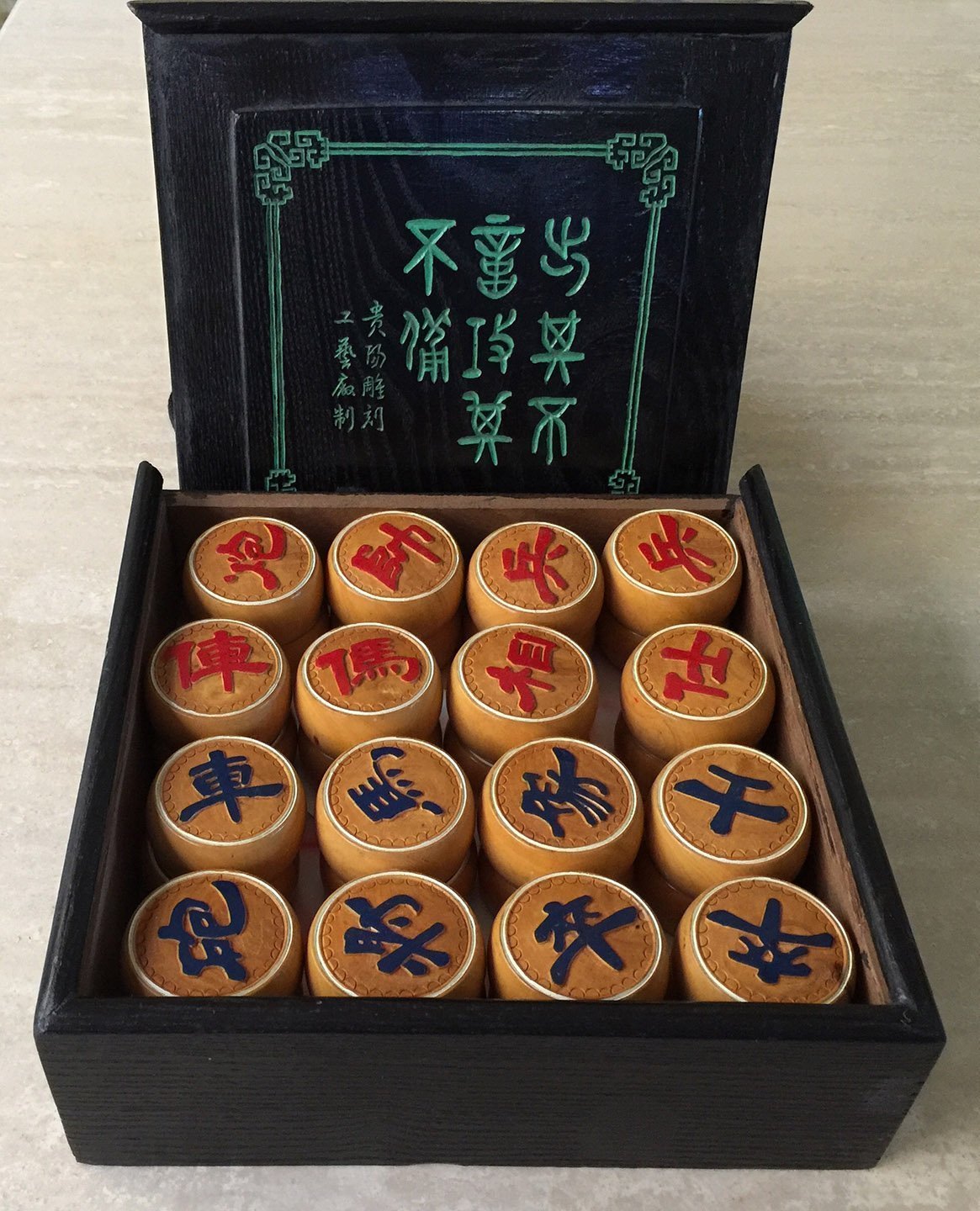 Offered here is a large wooden Chinese Chess Set, Xiang Qi, produced in 1960. The 32 individual barrel-shaped chess pieces measure a massive 2-0″ in diameter by 7/8″ thick. Each of the chessmen are identified by Chinese calligraphy engraved in red or Navy Blue on one side. The chess pieces are extremely well turned and are in excellent condition, as is its original Espresso-stained Oak side-top storage box. A folding Mylar chessboard is included with the set of chessmen. The chess set is new, although the chessboard has signs of the color’s bleeding.