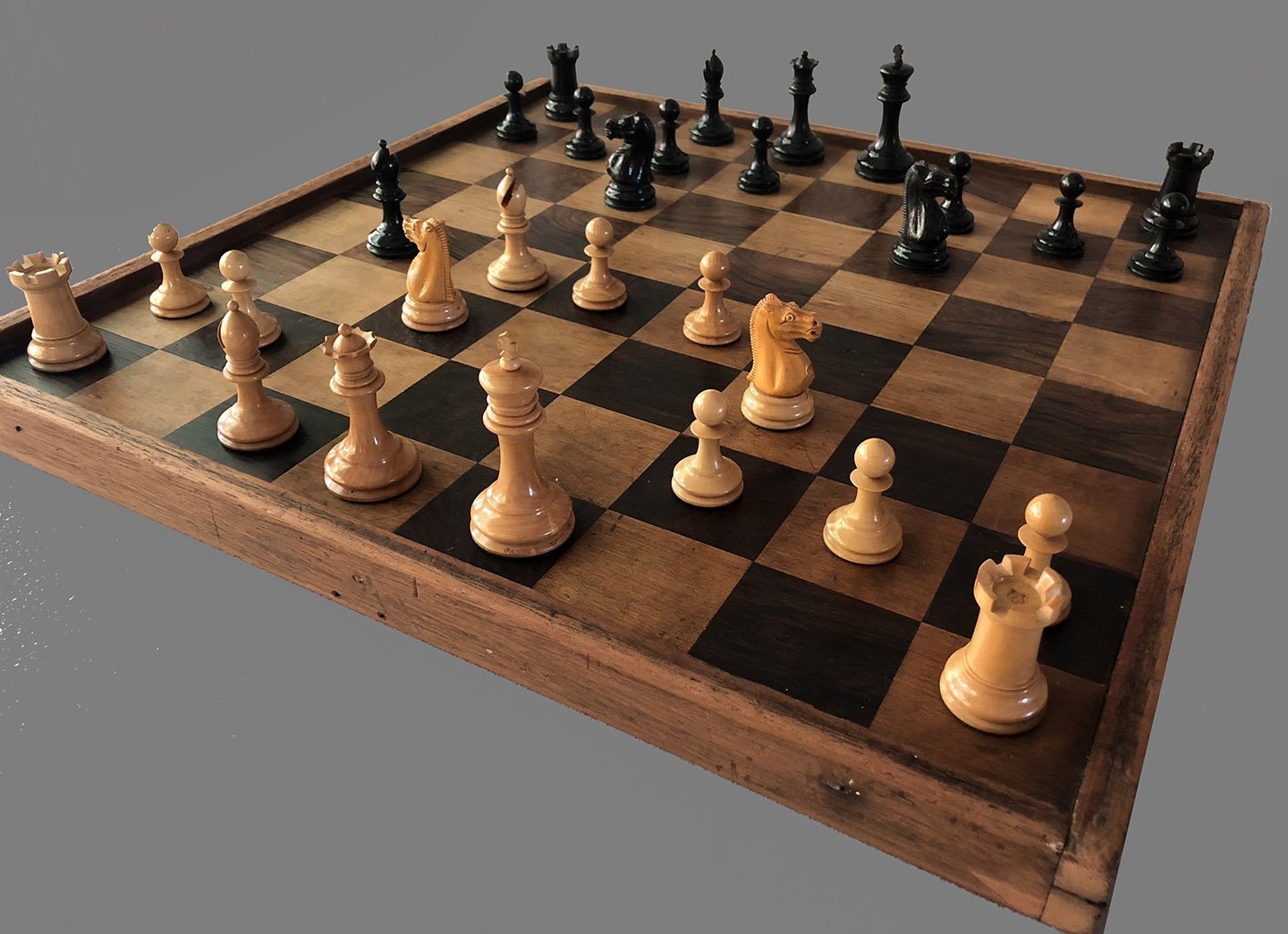 Offered here is a very attractive set of Library Size Jaques Lasker Chessmen, circa 1885. These authentic Staunton chess pieces are Boxwood and Ebony. The King stands 2-7/8″ tall with a 1-3/8″ diameter base. The Library Size Jaques Lasker Chessmen rest atop green English baize and are unweighted. The Knights are of the Lasker style. The White King is stamped “Jaques London ” on the rim of the base. The Kingside Rooks and Knights are stamped with a red King’s crown on their summits. This King height is often referred to as the “Library Size.”  The Knights are very finely carved. The Library size Jaques Lasker Chess pieces are housed in their original Mahogany Slide-top box with its correct yellow manufacturer’s label according to the Camaratta Codex of Jaques Labels. Also included is a copy of the ABC of Chess by “a Lady” (Harriet Ingram Cooke, daughter of Nathaniel Cooke and John Jaques’ wife), missing its cover. These sets were produced in the 1880s. The chessmen are in almost new condition. The antique chessboard shown is not included as part of this sale, however, an extensive inventory of antique and contemporary chessboards can be found here. Antique and contemporary timers can be found by clicking here. Finally, a brief history of the John Jaques company and the Staunton chessmen can be found here and here.

Between his 1896–97 World Championship re-match with Steinitz and 1914, Lasker has three successful defenses of his title. In his 1910 match with Carl Schlechter, Lasker was lucky to escape with a 5-5 draw due to a match provision requiring the Challenger to win by a two-point margin. Going into the final game, Lasker was down 4-5. Needing to win by a two-point margin, Schlecter, forced to play the last game for a win, over-pressed in a better position and lost.  Lasker was in his early 50s when he finally lost the world championship to Capablanca and effectively retired from serious chess.