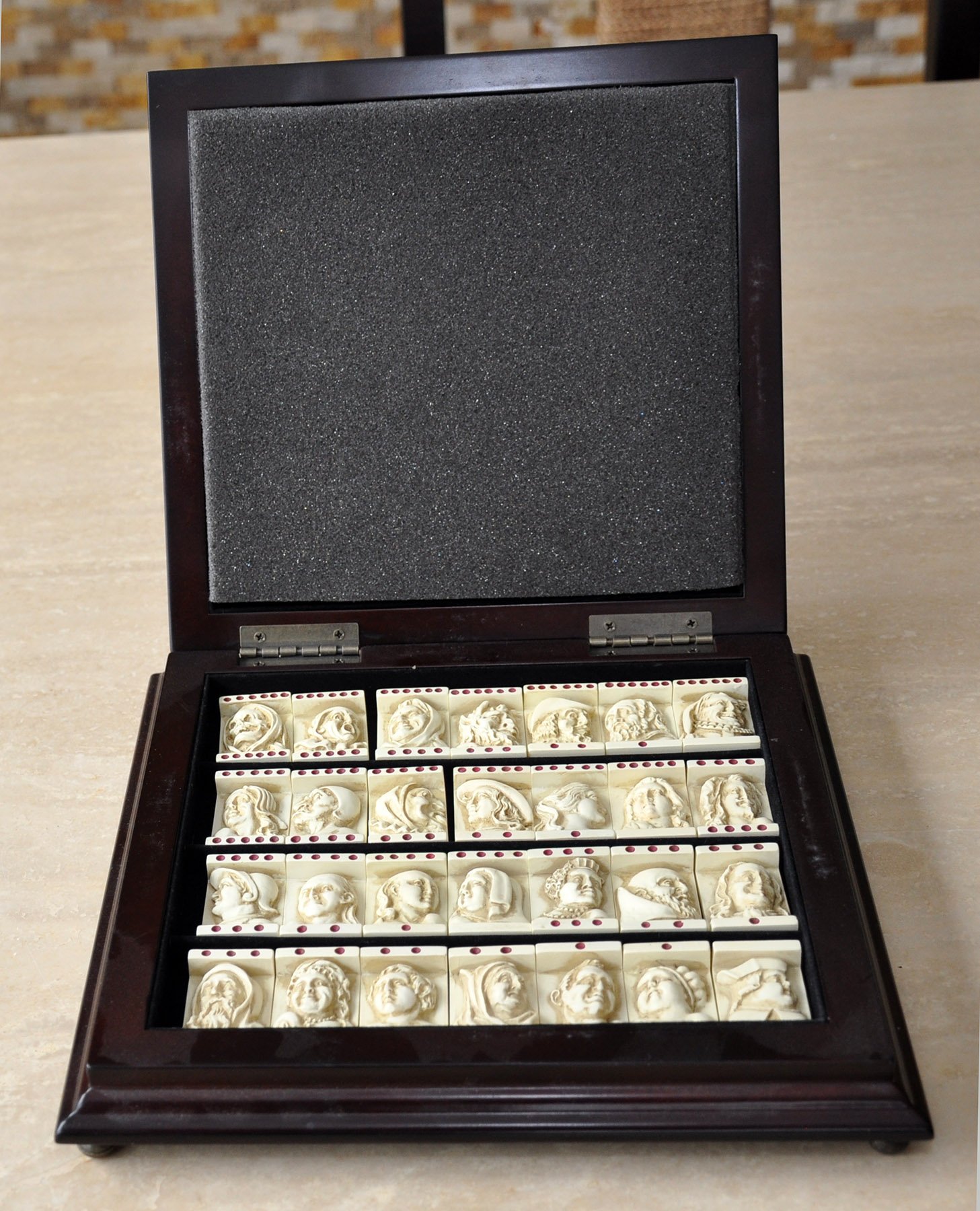 This lot is a modern Medieval Characters Dominoes set. The tiles are represented by visages of 28 Medieval characters. The dominoes range from the six-spot to the blank. The tiles measure 1-1/5″ by 1″ and are housed in a dark-stained Mahogany box, 9-1/2″ square. The Medieval Dominoes were created by Authentic Models, around 2005.