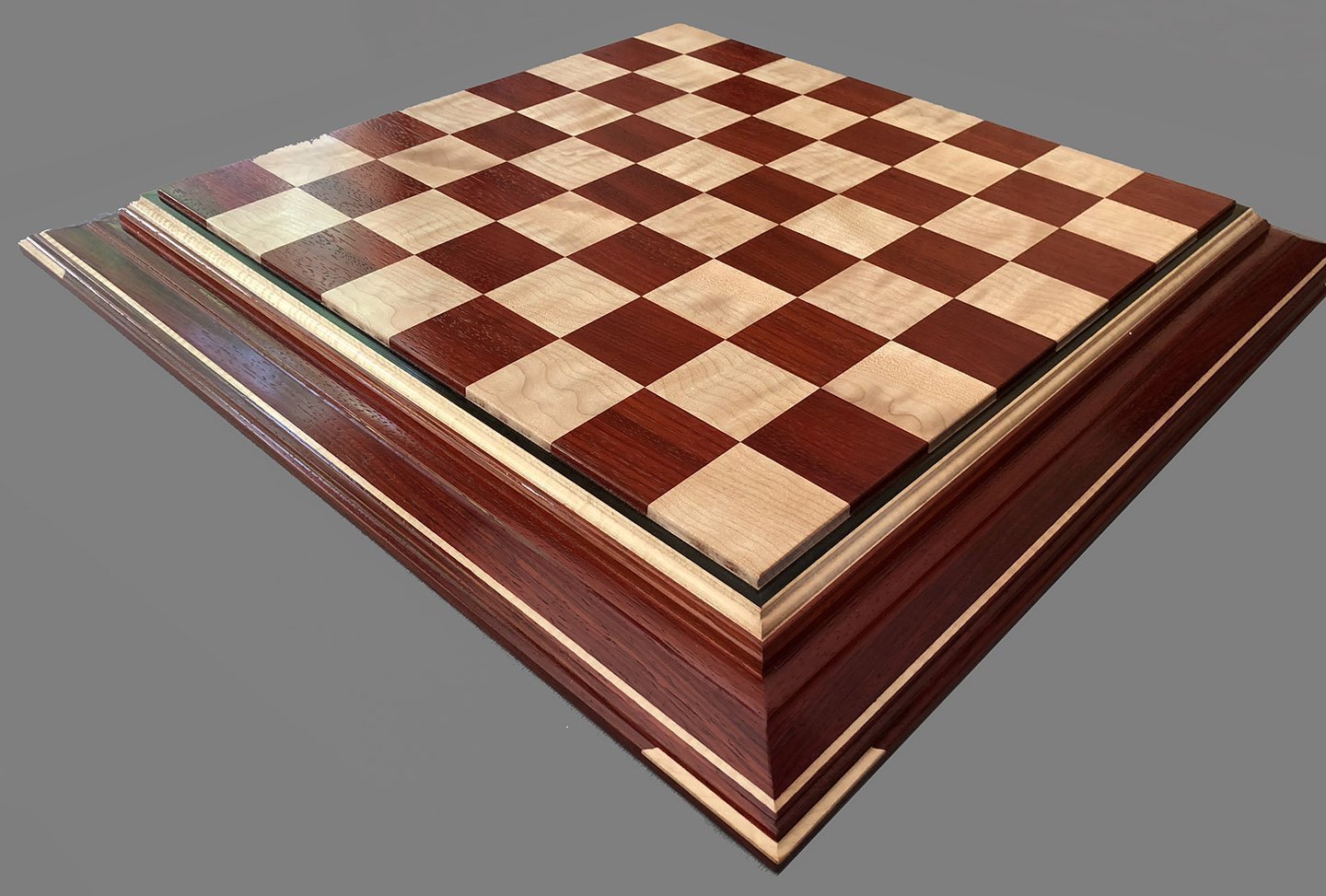 A Curly Maple and Padauk Signature Chessboard with raised 2-1/4″ squares of Padauk and Curly Maple with a solid frame of Padauk  with an Ebony Delimiter and Curly Maple inlays. The chessboard measures 23-7/8″ square. The chessboard is in like-new condition and is accompanied by its original certificate of authenticity and a custom-made protective brown soft cotton slip-case. The back of the chessboard is marked with its unique serial number, 11060. This premium chessboard, which is part of the Camaratta Signature Chessboard Series, was designed and Crafted by Bill Lisica. Produced in May, 2003. Our complete line of Antique, Custom and Luxury chessboards can be found here.

Curly Maple is not technically a distinct species of Maple, but rather, it’s a figure that’s occasionally found in Acer saccharum (Sugar Maple) trees. Curly Maple, also known as Flamed Maple, Ripple Maple, Fiddleback stripe, is a feature of Maple in which the growth of the wood fibers is distorted in an undulating chatoyant pattern, producing wavy lines known as “flames”. The figure is reportedly caused by unfavorable growing conditions for the tree.