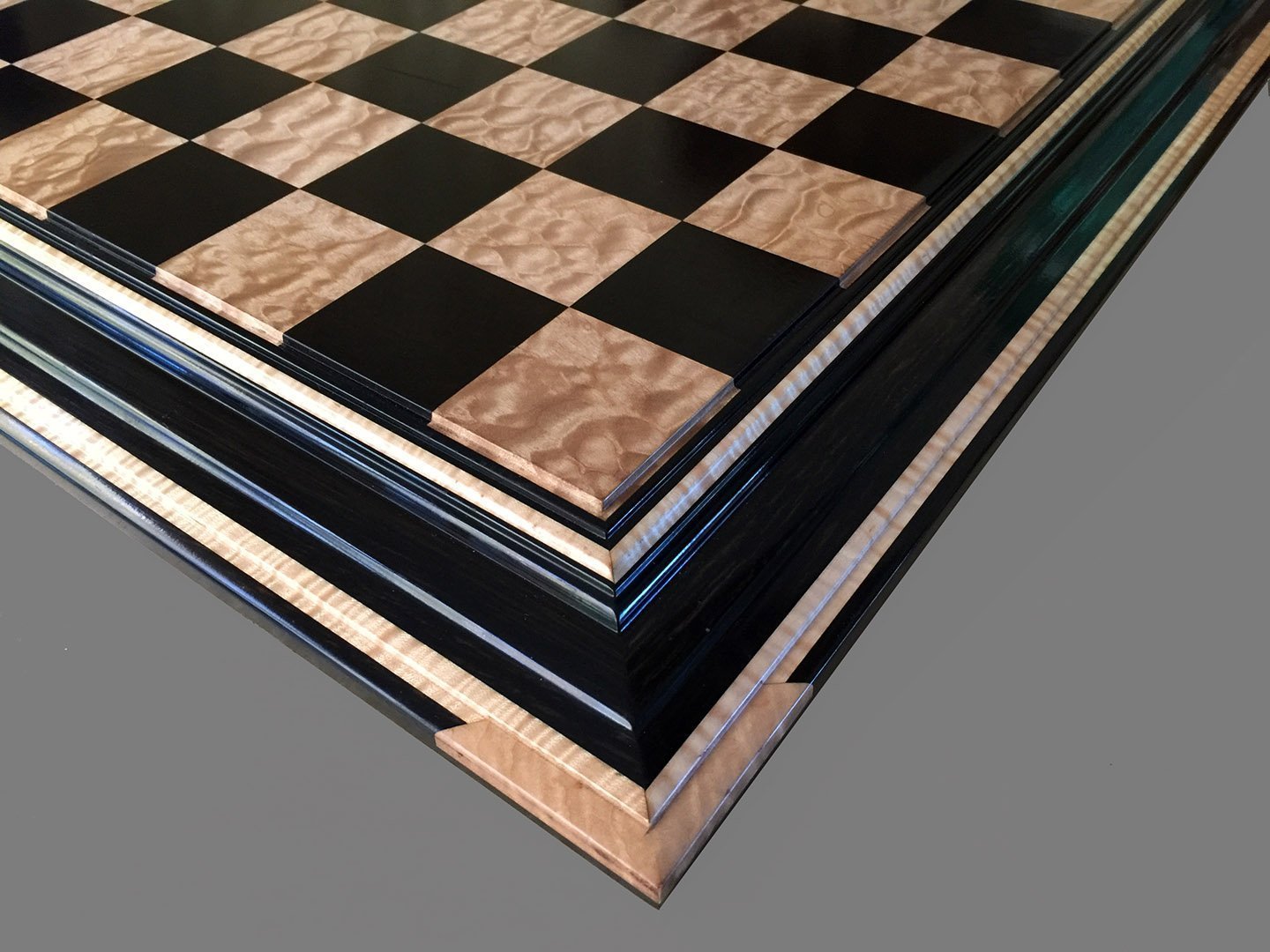 A Popcorn Maple Signature Chessboard with raised 2-1/2″ squares of Ebony and Quilted Maple with a solid Ebony frame and Tiger Curly Maple delimiters. This Signature Contemporary Chessboard with its unique raised playing field design was designed  by Frank Camaratta and crafted by Bill Lisica. The chessboard is in like new condition.

Popcorn Maple, also known as Quitled Maple is not actually a species, but simply a description of a figure in the grain. Quilted maple occurs most often in soft maples, but is also seen in hard maples. (The highest grade quilted maple is most commonly seen in Bigleaf Maple.)

Quilted maple is so named for its resemblance to patchwork patterns seen on fabric quilts. Much like birdseye maple, the figure on quilted maple becomes most pronounced when the board has been flatsawn, which is the opposite of curly maple, which becomes most prominent when quartersawn. Alternate names and sub-categories for this type of figuring include blistered, curly-quilt, Popcorn, sausage-quilt, tubular-quilt, and angel-step.

There are varying grades of quilted maple, based upon the perceived depth of the quilt, as well as the purity of color of the wood itself (with a pure and uniform white being the most valuable). Popcorn maple billets are often sold for extremely high prices for use as tops of electric guitars. They are frequently dyed in outlandish colors such as blue, green, or purple to give an “electric” effect to the grain pattern. One technique that is used to further enhance the grain pattern is to initially dye the wood a very dark brown or black, and then sand back almost to raw wood, leaving just a residue of black dye remaining in the low spots of the grain’s figure, and then reapply a dye of the final color. The result will be accented and shadowed by the darker dye that was left in the low portions of the grain, while the primary color is brought out in the body of the wood.

More detailed information on Quilted Maple can be found in the Wood Database at http://www.wood-database.com/quilted-maple/