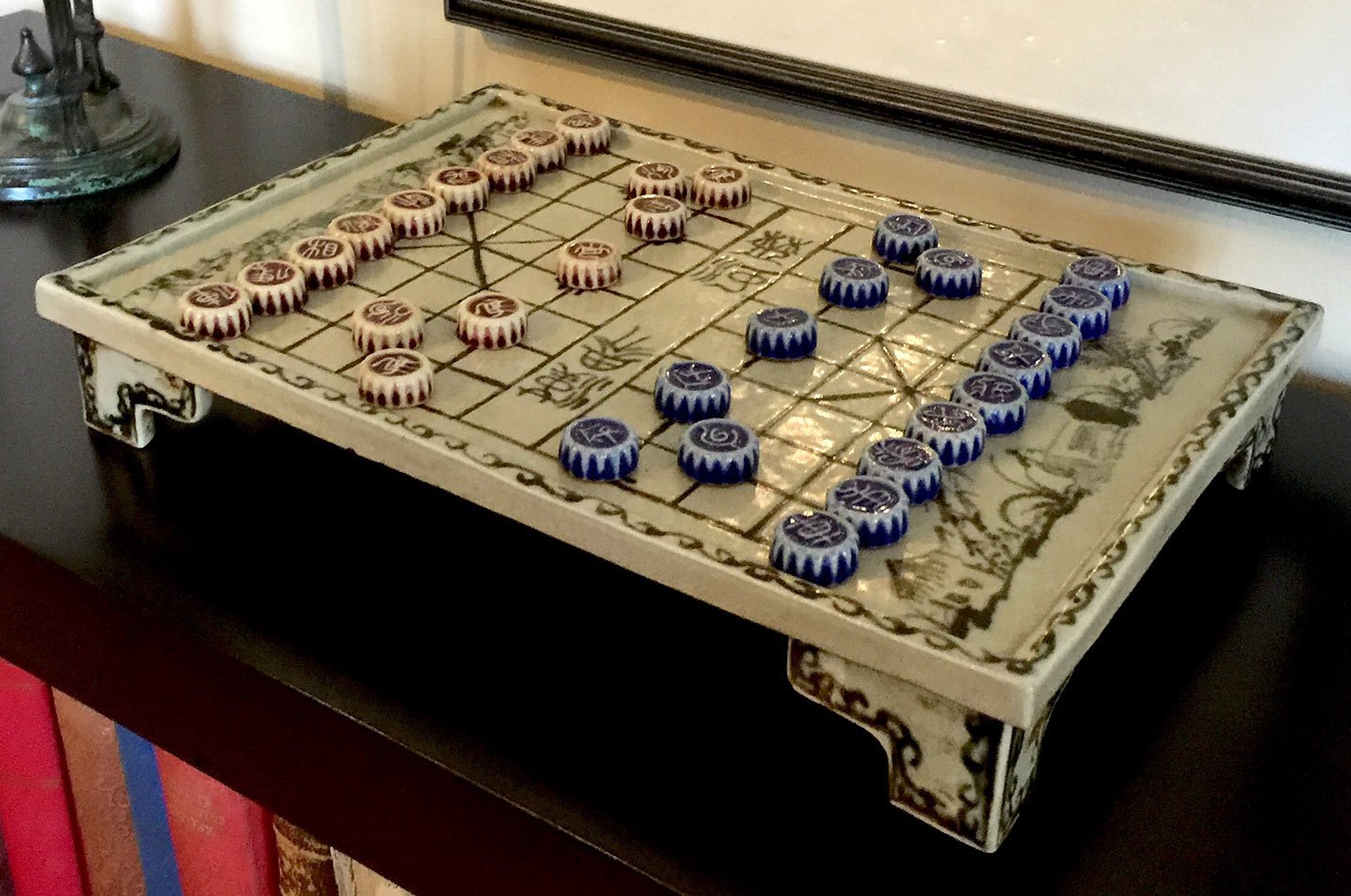 Offered here is a modern Porcelain Xiangqi or Chinese Chess. The individual brown and blue trimmed chessmen measure 3/4″ in diameter by 1/4″ thick. Each of the chessmen are identified by characters painted on the top of the piece in brown or blue. The chess set includes a white porcelain chessboard trimmed in blue. The set was produced around 1980 and is unplayed