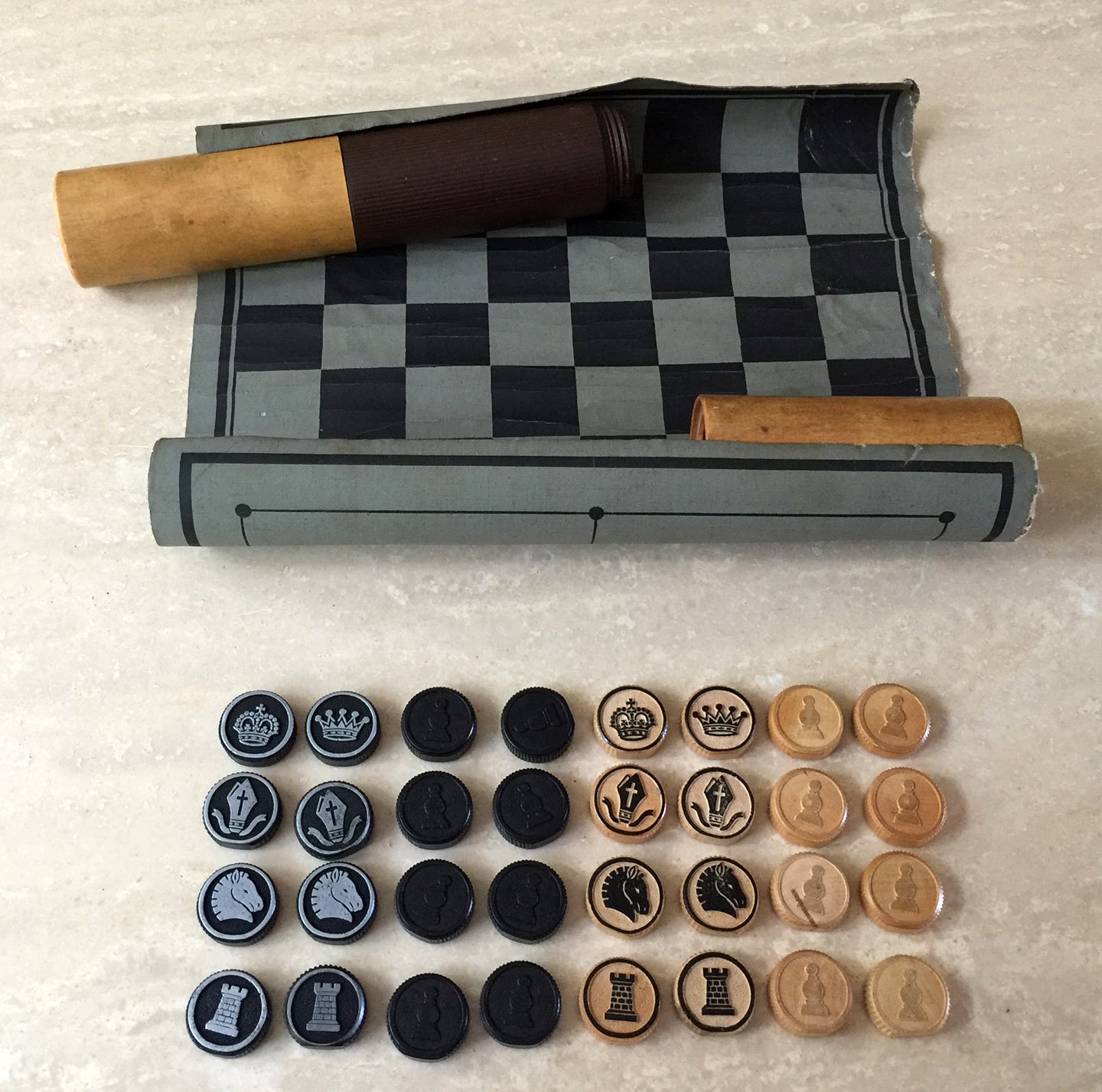 A Chess, Draughts and Nine Man Morris Portable Games Kit. The travel set is pre-WWII, probably 1930s and is likely German-made. The playing pieces are 3/4″ cylindrical discs, 1/4″ thick, with cogged edges and raised engraved boxwood and Ebonized discs with symbols representing each of the six different chessmen. The stones can be inverted for playing Draughts (Checkers) or Nine-Man Morris. The playing pieces are housed in a wooden cylindrical tube measuring 9-5/8″ long by 1-3/8″ in diameter, with an end-cap which is screwed into place. The storage cylinder houses a flexible, plastic-coated canvas chessboard, 8-3/4″ square, with a Nine Man Morris playing board on the obverse. These unique games kits are similar in concept to the BCD portable sets produced by the firm of Jaques of London and marketed from around 1850 up until WW II. The 32 playing stones are in excellent condition. The chessboard has a tattered edge, as can be seen in the attached images.

A similar type of Games Kit was produced by AJAX, and has often been dubbed the WW II British P.O.W. Chessmen, which incorporated an escape kit comprising 32 separate pieces of compressed cardboard, each with an applied painted image of a chess piece. A wartime substitute for men in the services’. During WWII, Charles Fraser Smith of government Dept. CT6 and Christopher Clayton Hutton of MI9 were responsible for designing the many ingenious methods by which escape aides could be sent to British Prisoners of War. These were sent to P.O.W. Camps hidden in games and other items. Clayton Hutton explained that they “hid their escape aids in parcels containing’ games designed for the comfort and entertainment of the prisoners.”