A majestic set of elaborately carved chessmen in the Charles Hastilow Style. The pieces are Natural and Dark Green-stained Mammoth Ivory. The King stands a statuesque 7-3/4” tall with a 2-7/8″ diameter base. A comparison of the King with a Jaques full Club-Size Staunton King is shown here.

These extraordinary chessmen were created by noted sculptor and Mammoth Ivory carver Oleg Raikis. The design of these chess pieces is inspired produced by similar chessmen often attributed to Charles Hastilow. The chessmen were crafted in 2004 and are as new. For our extensive selection of antique, traditional and unique chessboards, please click here. 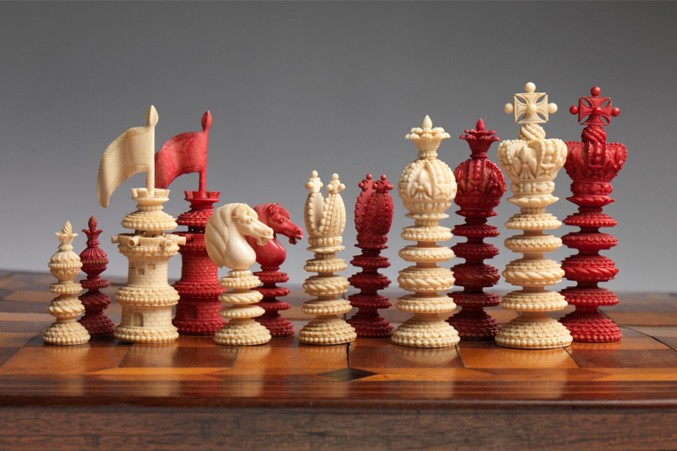 Charles Hastilow was known as a masterful carver of ivory. One one of his sets which was featured in the 1862 International Exhibition, is shown here. Though this is a playing set, it features elaborate petaled decoration. The rooks are cannon towers topped by waving flags and the kings have crowns topped by Maltese crosses.

The set below, which has many features similar to the Raikis set offered here, also appears to have been made by Charles Hastilow. A copy of a page from the A.E.J. Mackett-Beeson book, Chessmen features what appears to be this exact set. 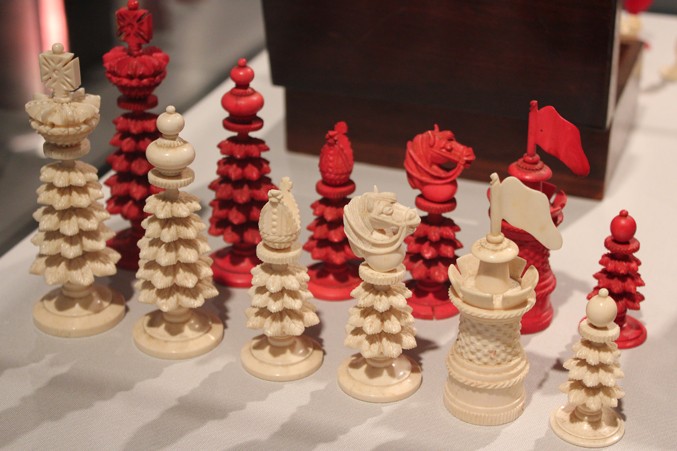 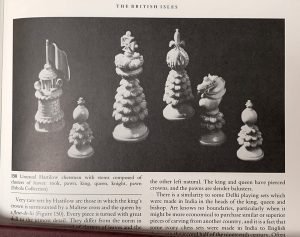