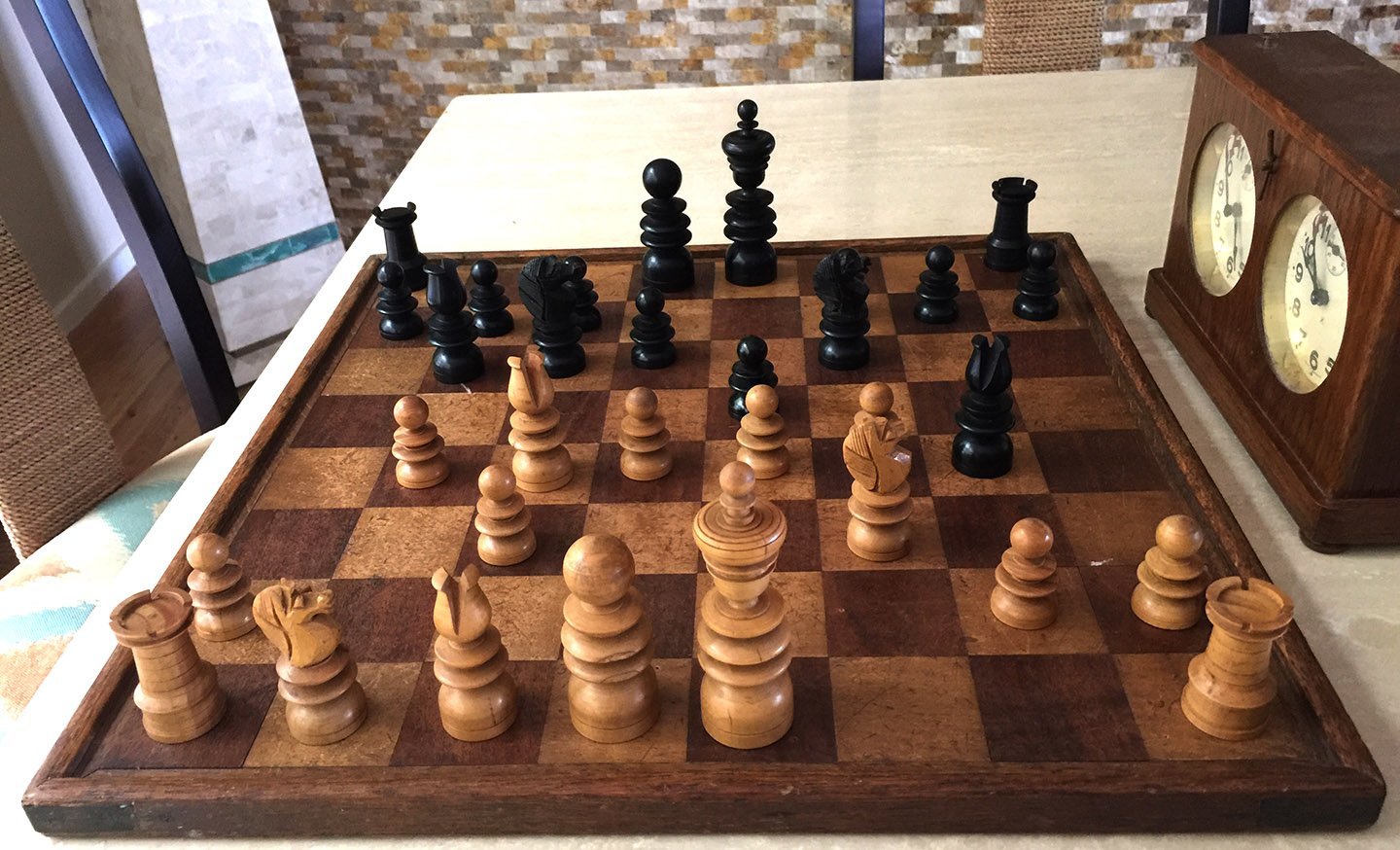 Offered here is a full Club-Size set Saint George Ebony and Boxwood Chessmen, unweighted and unfelted, with a King height of 4.2″ and a base diameter of 1.3″.  The chessmen are in excellent condition and are housed in a replacement box. One Ebony Rook has a broken crenelation. The chessmen are late Victorian period, around 1880.