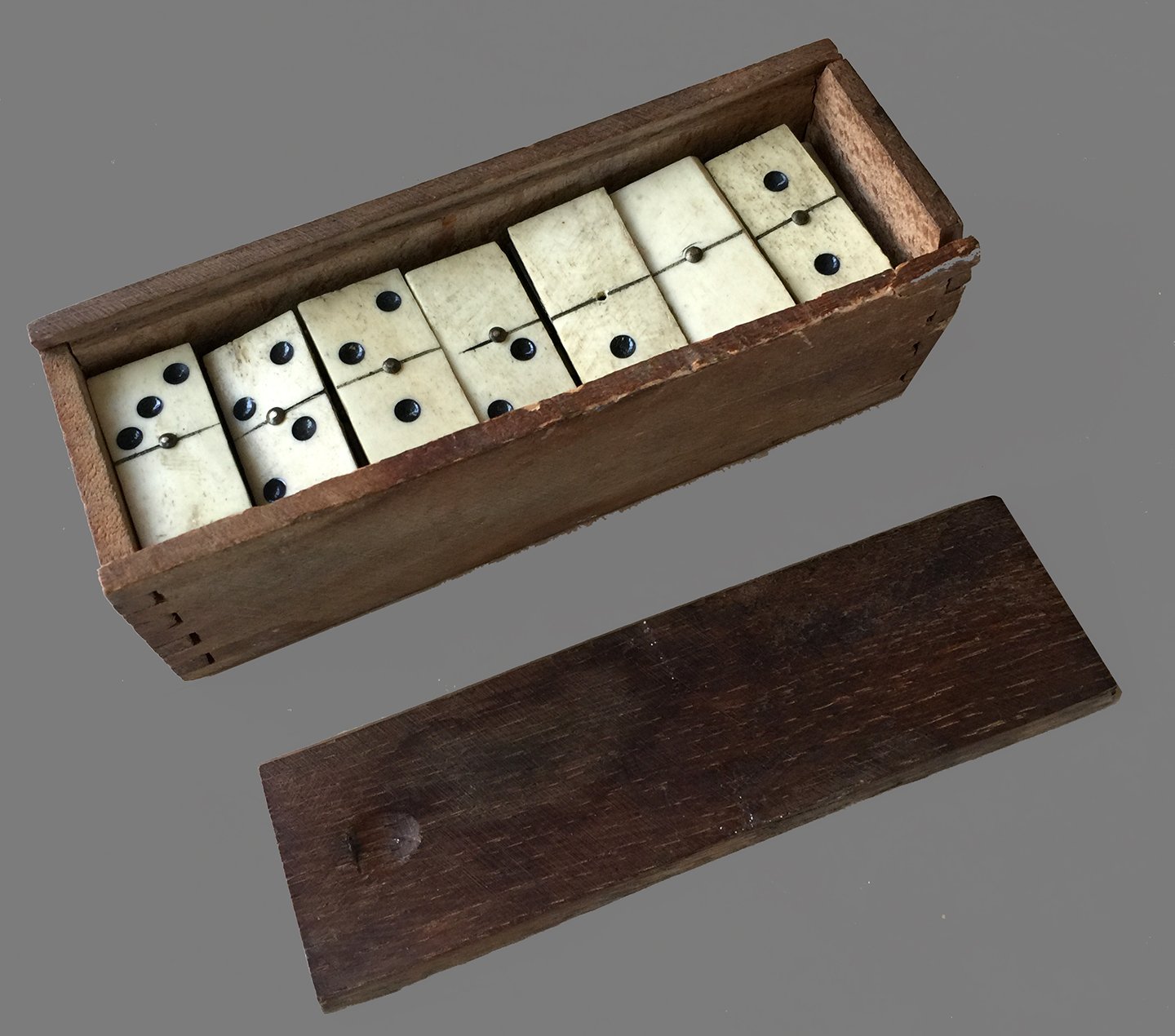 Offered here is a Small Traditional Dominoes set. The tiles are a bone and Ebony sandwich with a central brass pin. The vintage dominoes range from the six-spot to the blank. The tiles measure 1-3/4″ x 7/8″ x .3″ thick and are housed in a stained Cedar slide-top box, 5-3/4″ x 2″ x 1-3/4″ deep. The set is complete and the tiles are in very good condition. The set appears to be late 19th or early 20th Century.