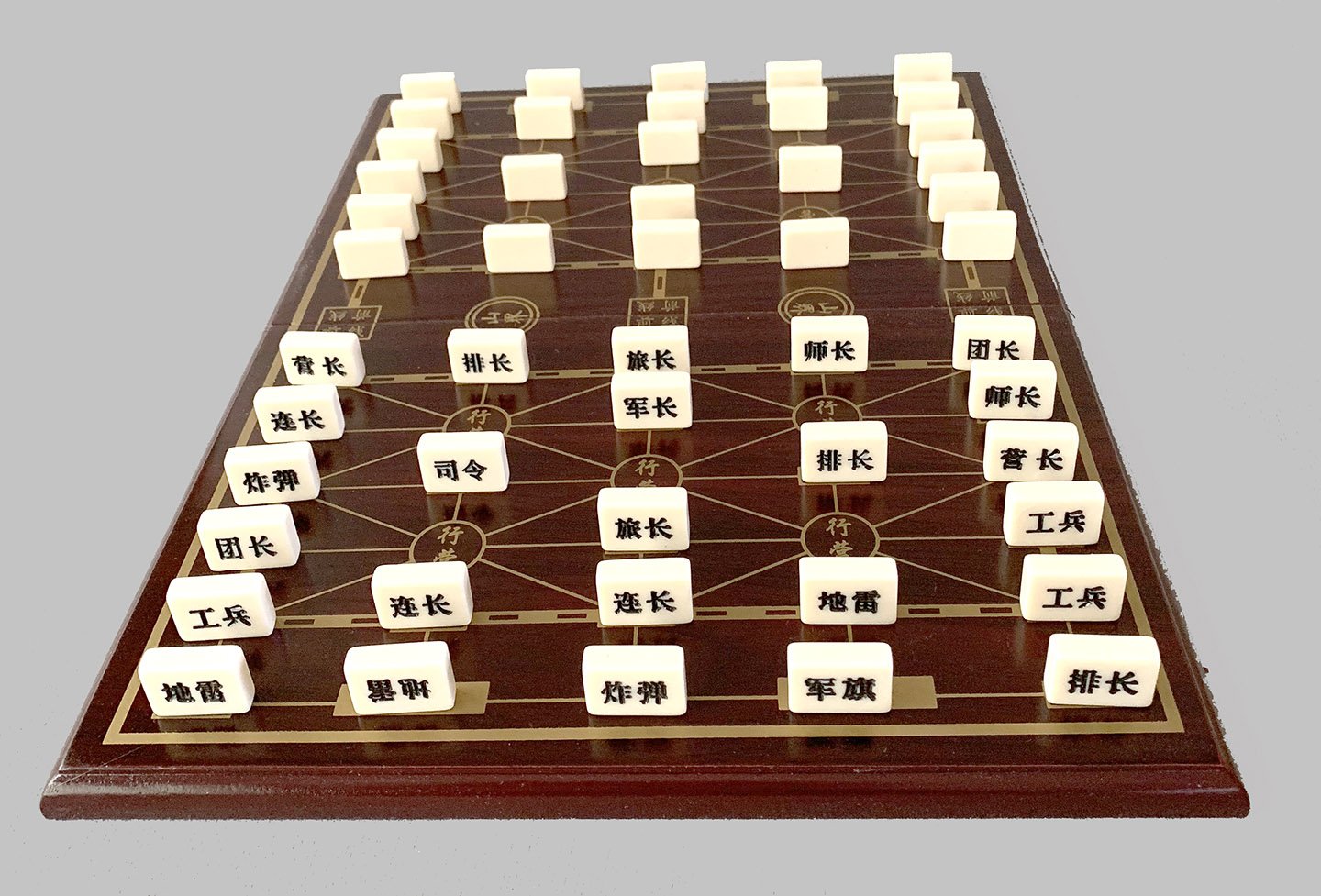 Offered here is Super King or Chinese Luzhanqi, which most players will recognize as very similar to Stratego. The 50 individual rectangular tiles measure 7/8′ x 5/8″ and are 0.3″ thick. The folding wooden battlefield is marked in gold silkscreen and measures 14” x 11″when open. The tiles rest nestled in recessed compartments inside the board when folded. Each of the nine Ranks, plus the Grenades, Landmines and Flag, is identified by Chinese Calligraphy engraved in red and black on one side of the tile only. The tiles in this Chinese Luzhanqi game are new, as is its original wooden folding battlefield. The original cardboard sleeve is also like new. The set has never been used.

Luzhanqi, or  “Land Battle Chess”) is a two-player Chinese board game . There is also a version for four players. Luzhanqi is nearly identical to the Western board game Stratego. It is a non-perfect abstract strategy game of partial information, since each player has only limited knowledge concerning the disposition of the opposing pieces. The aim of the game is to capture the opponent’s flag by penetrating the defenses, while protecting the player’s own flag. Each player starts the game with 25 pieces, which are identical and are only marked on one side, so only the player can identify the rank of his unit. Any piece of a higher order may capture one of lower order (if the enemy is of the same order, both pieces will be removed from the board).