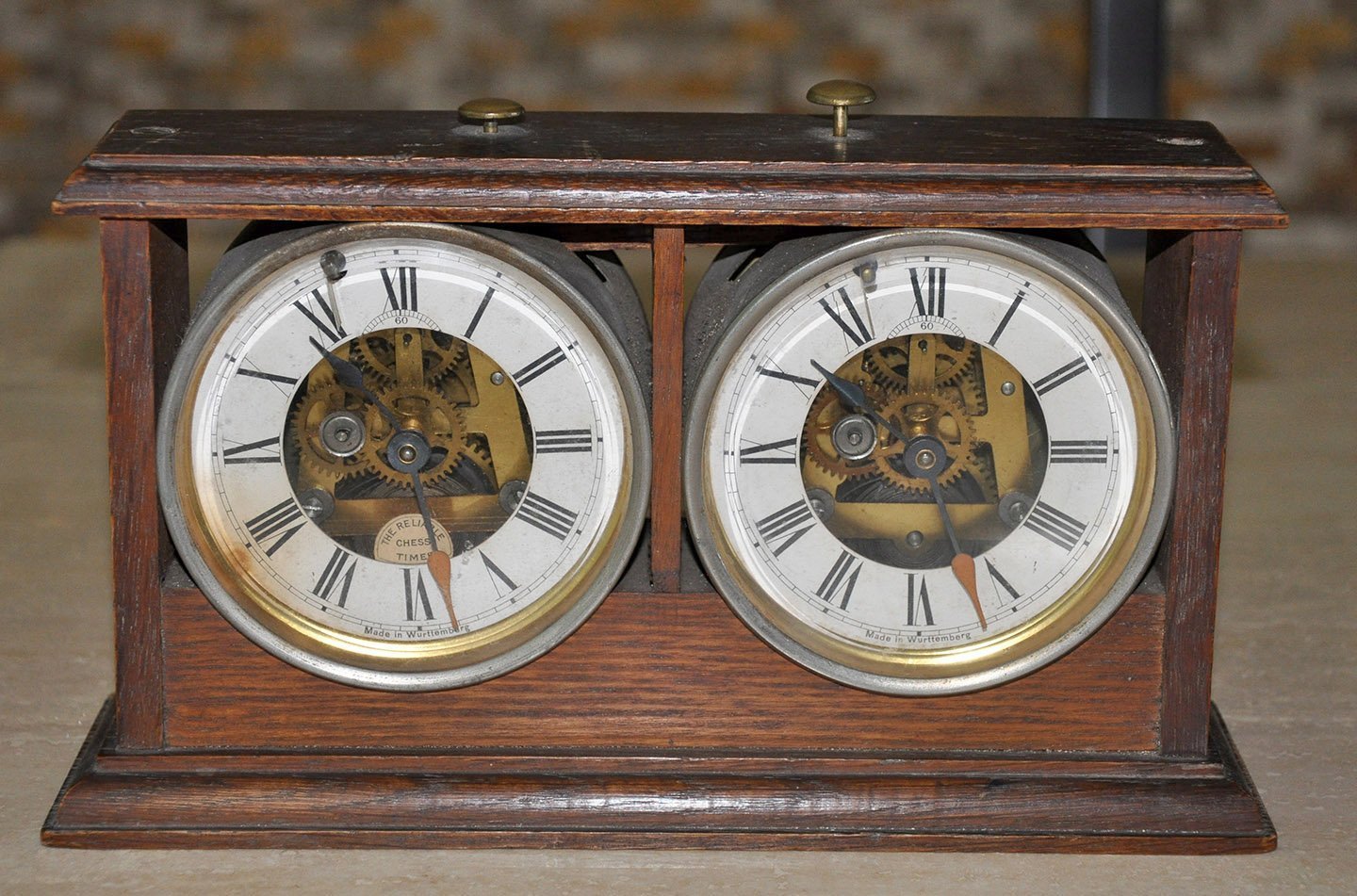 
This offering features a fine oak open cased Tanner Antique Chess Clock produced by  William E, Tanner. This mechanical analog game timer features two wind-up mechanisms which could be independently stopped by pressing a button atop the frame which forces a wooden bar rocker arm to engage one of the escapements, thus causing that timing mechanism to stop.

The case measures approximately 10 1/4″ x 6″ x 3″. The case is in excellent condition with a pleasing patina. Both the movements are also in working order.

The timer is labelled “The Reliable Chess Timer” “Wm.E Tanner, assemb’d by Redhill Surrey”. The movements are stamped with the crossed arrows of HAC and the movement cases are also stamped “HAC” “Made in Wurttemburg”. Tanner Timers, along with the more expensive Jaques Congress Timers, were used for most of the major chess  tournaments in the early 1900s. This Tanner Chess Timer dates from around the 1890s. These chess clocks were sold by The British Chess Federation.

The clock’s movements were manufactured by H.A.C. ( HAMBURG AMERICAN CLOCK Co., 1883-1929). Founded in 1883 by Paul Landenberger from an earlier partnership of Landenberger and Lang, this German company produced domestic clocks of all types using American methods and many American designs.  In 1892 the firm registered the crossed arrows Trademark which is instantly recognizable, and can be seen on the Tanner dial.  The company was involved in the production of clock movements, clock parts, dials, and cases for all types of clocks. Most of these products were sold to the trade as they were not in the business of selling finished clocks. Tanner would have bought in the movements (the works) from H.A.C. and had them assembled into their branded chess clocks. The rival Jaques Congress Timers also had movements from H.A.C.