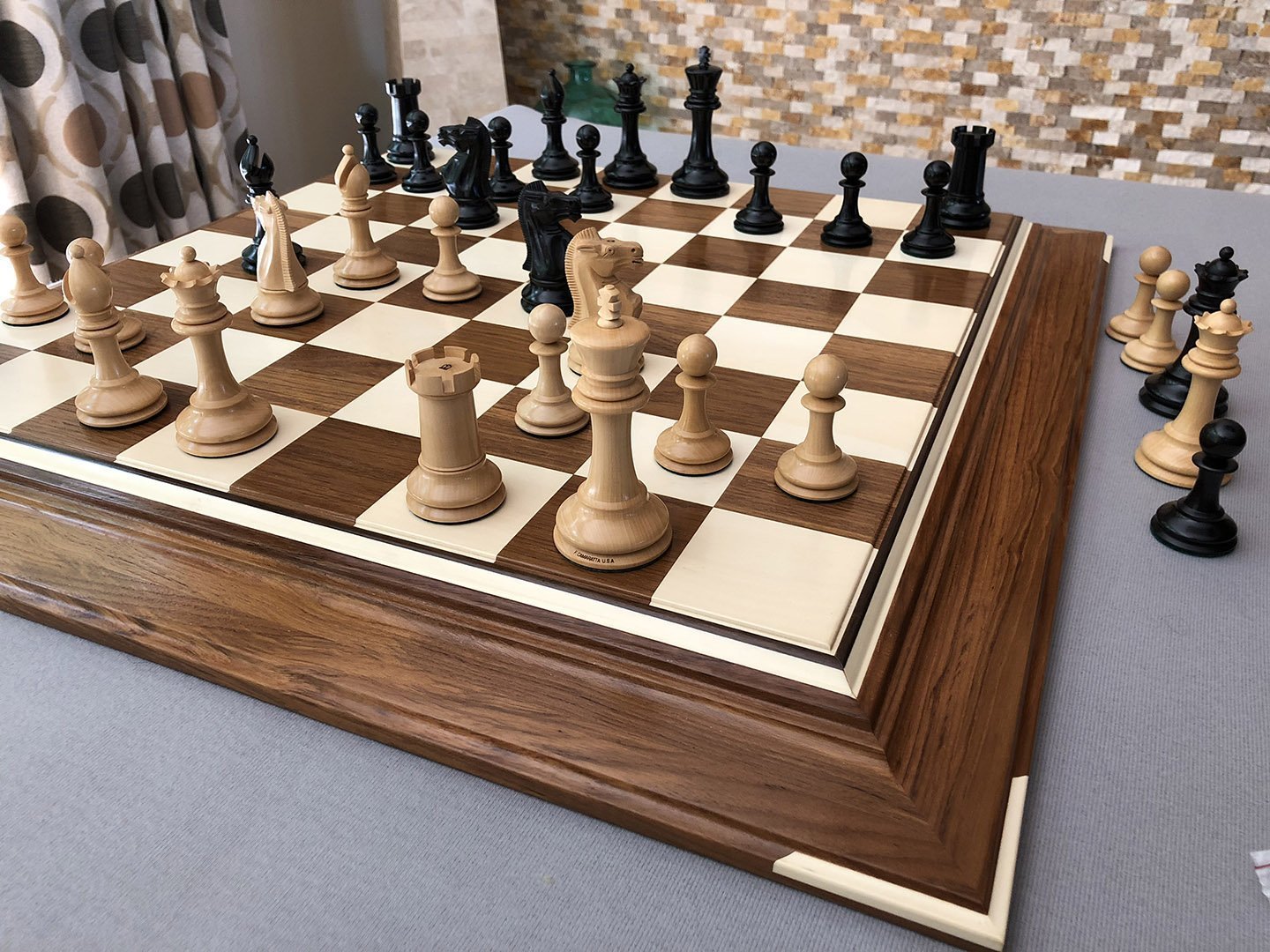 A Signature Holly and Teak Chessboard with raised 2-1/2″ squares of Teak and Holly with a solid Teak frame with an Ebony delimiter. The chessboard measures 25″ square. Holly has a warm ivory-like appearance. This Signature Contemporary Chessboard, with tits unique raised playing field design, was designed  and crafted by Bill Lisica. The chessboard is in new condition and is accompanied by the Brown, protective soft cotton slip-case shown. .

The Scientific name for Teak is Tectona grandis and the trees are Native to southern Asia. It is widely grown on plantations throughout tropical regions of Africa, Asia, and Latin America. Sometimes called Burmese Teak, this name is used to differentiate natural-grown trees (typically from Myanmar, aka Burma) from Teak grown on plantations. Used extensively in India and within its natural range for centuries, Teak has grown into a worldwide favorite. With its superb stability, good strength properties, easy workability and most of all, its outstanding resistance to decay and rot, Teak ranks among the most desired lumbers in the world. Teak is commonly used for Ship and boat-building, veneer, furniture, exterior construction, carving, turnings, and other small wood objects. It is very expensive. It is perhaps one of the most expensive lumbers on the market for large-sized, non-figured wood.