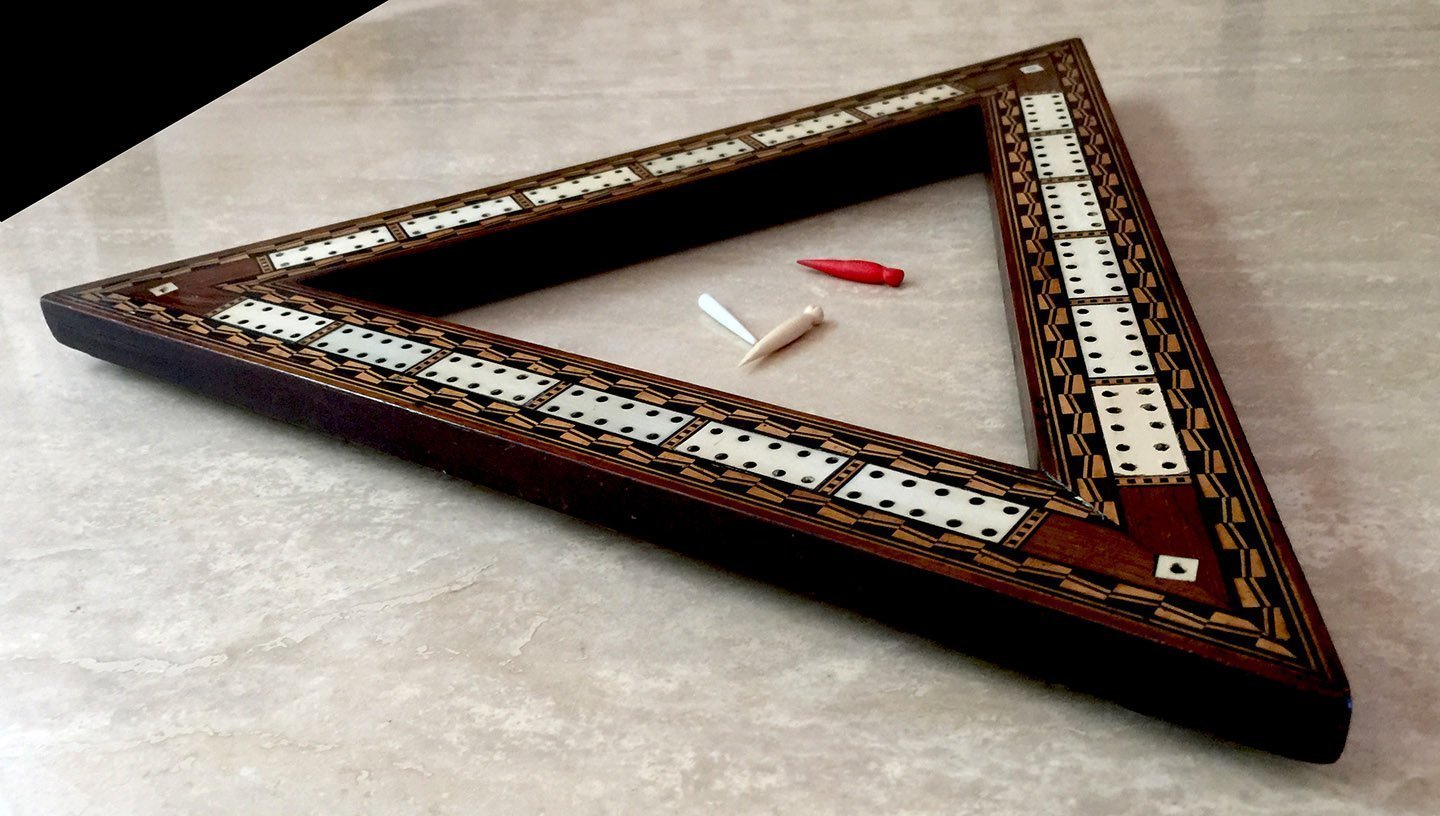 Offered here is a unique triangular Tunbridge ware Cribbage Board, measuring 13-5/8″ on a side with a compartment for pegs on the underside. The inlays are Bone, Holly, Mahogany and Rosewood. Circa 1900.

Tunbridge ware is a form of decoratively inlaid woodwork, typically in the form of boxes, that is characteristic of Tonbridge and the spa town of Tunbridge Wells in Kent in the 18th and 19th centuries.

The decoration typically consists of a mosaic of many very small pieces of different colored woods that form a pictorial vignette. Shaped rods and slivers of wood were first carefully glued together, then cut into many thin slices of identical pictorial veneer with a fine saw. Elaborately striped and feathered bandings for framing were pre-formed in a similar fashion.

An interesting website giving more information on Tunbridge ware can be found by visiting: http://www.tonbridgehistory.org.uk/made-in-tonbridge/tunbridge-ware.htm.