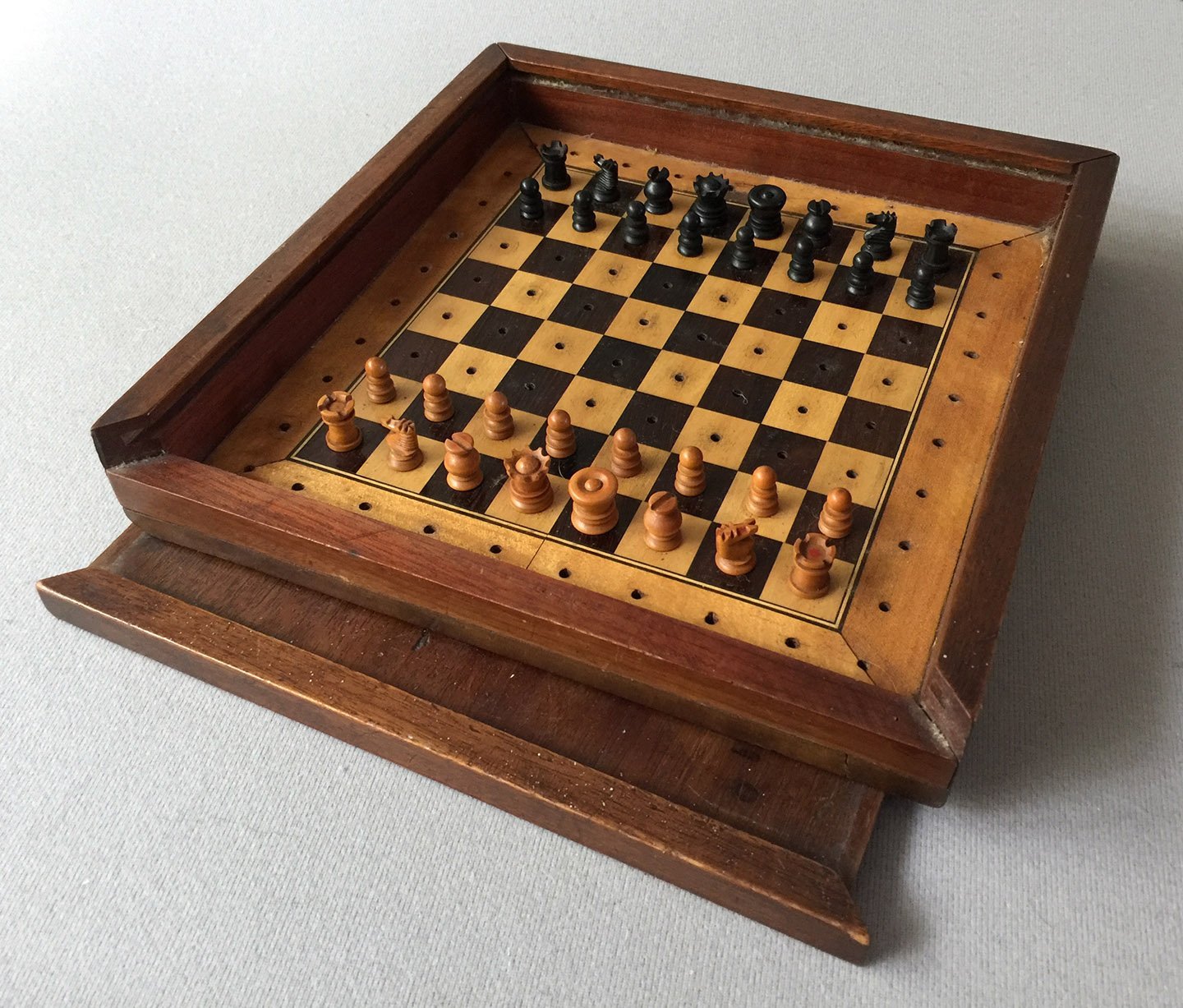 An early Victorian Railway Travel Chess Set. The chessmen are Boxwood and Ebony. The accompanying slide-top chessboard/box is Mahogany with Rosewood and Satinwood squares and measured 10-1/4″ square and 1-1/2″ thick, There are holes around the perimeter of the chessboard for holding captured chessmen. The slide-top lid serves to hold the chessmen in place when the game is adjourned. The chessmen are in excellent condition. The board perimeter has a small sliver missing (See image). It is likely that this set was made by the British Chess Company around 1890.

This style is often referred to as the “Railway” style, apparently named after the praxis of using these types of sets to pass away time on long railroad. trips. This is a very playable design which has survived well into thew 21st Century. They are available in a multitude of sizes, qualities and materials, including several wood species, bone, ivory, stone, Bakelite and even metal. During the Victorian period, Railway chess sets were produced by almost all the known manufacturers, including Jaques of London, The British Chess Company, F. A. Ayers, William and Thomas Lund, among others.