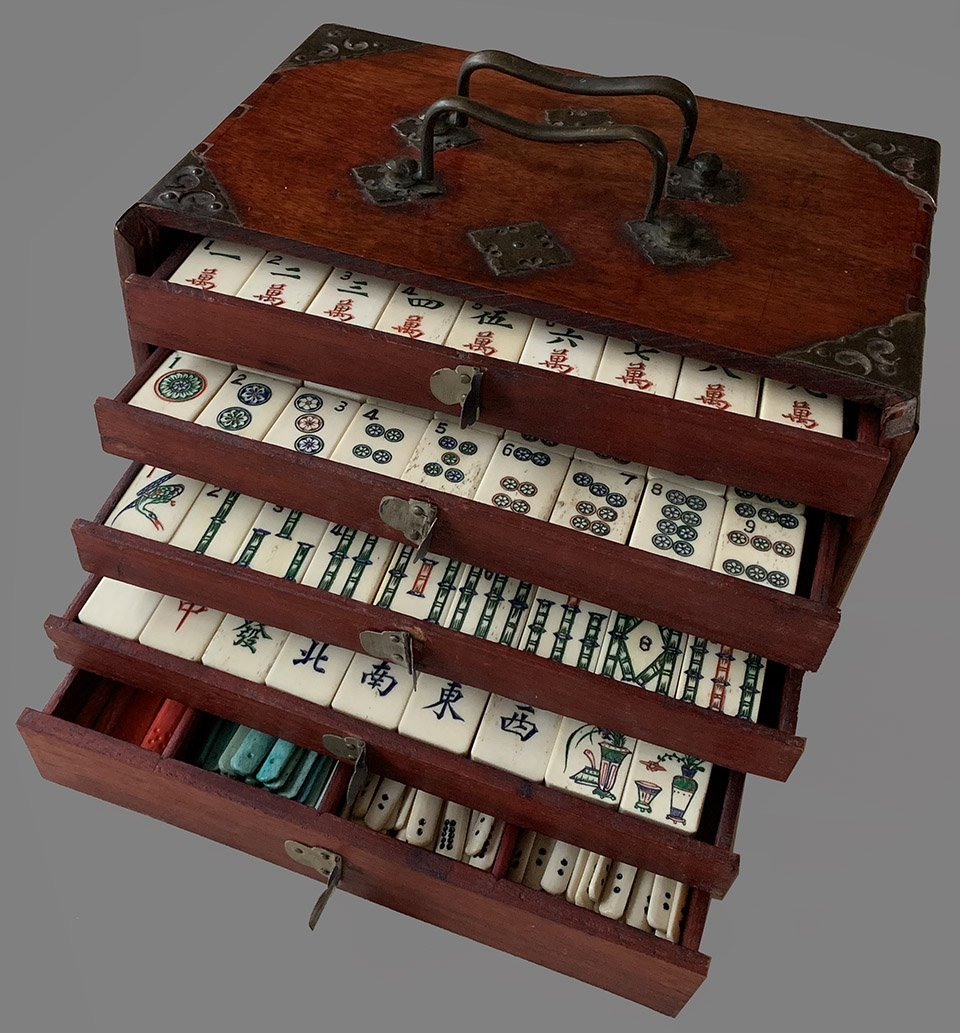 Offered here is a good Quality, full-sized, Vintage Cased Mahjong set cased in a 5-drawer wooden chest adorned with brass corners and handles and a sliding door with Chinese calligraphy. The game tiles are Bone and Bamboo, with keyed domed bottoms and Chinese-themed art and calligraphy. The drawers house the tiles which are 50% bone and 50% Bamboo. The tiles measure 1-1/4″ by 8/7″ and are 1/2″ thick. The cabinet, tiles and other game pieces are in excellent condition. Circa 1920.

The quality of a typical Mahjongg set can be determined by the ratio of Bone to Bamboo. The thicker the bone layer and the the thicker the tile, the more valuable the set. The image below illustrates the  six Qualities found in most traditional Mahjongg sets ranked in order of desirability. The upper row of tiles are thicker, the tiles on the left have the highest ratio of bone to Bamboo. The tiles in this set are thick and fall into the second category.

Mahjong, also spelled Mah Jong, majiang, mah jongg, and numerous other variants, is a game that originated in China. It is commonly played by 4 players (with some 3-player variations found in South Korea and Japan). The game and its regional variants are widely played throughout Eastern and South Eastern Asia and have a small following in Western countries. Similar to the Western card game rummy, Mahjong is a game of skill, strategy, and calculation and involves a degree of chance.

For an excellent treatise on the History of Mahjong and an amazing collection, visit this outstanding site by Allen and Lila Weitz. The information is extremely well researched and presented.