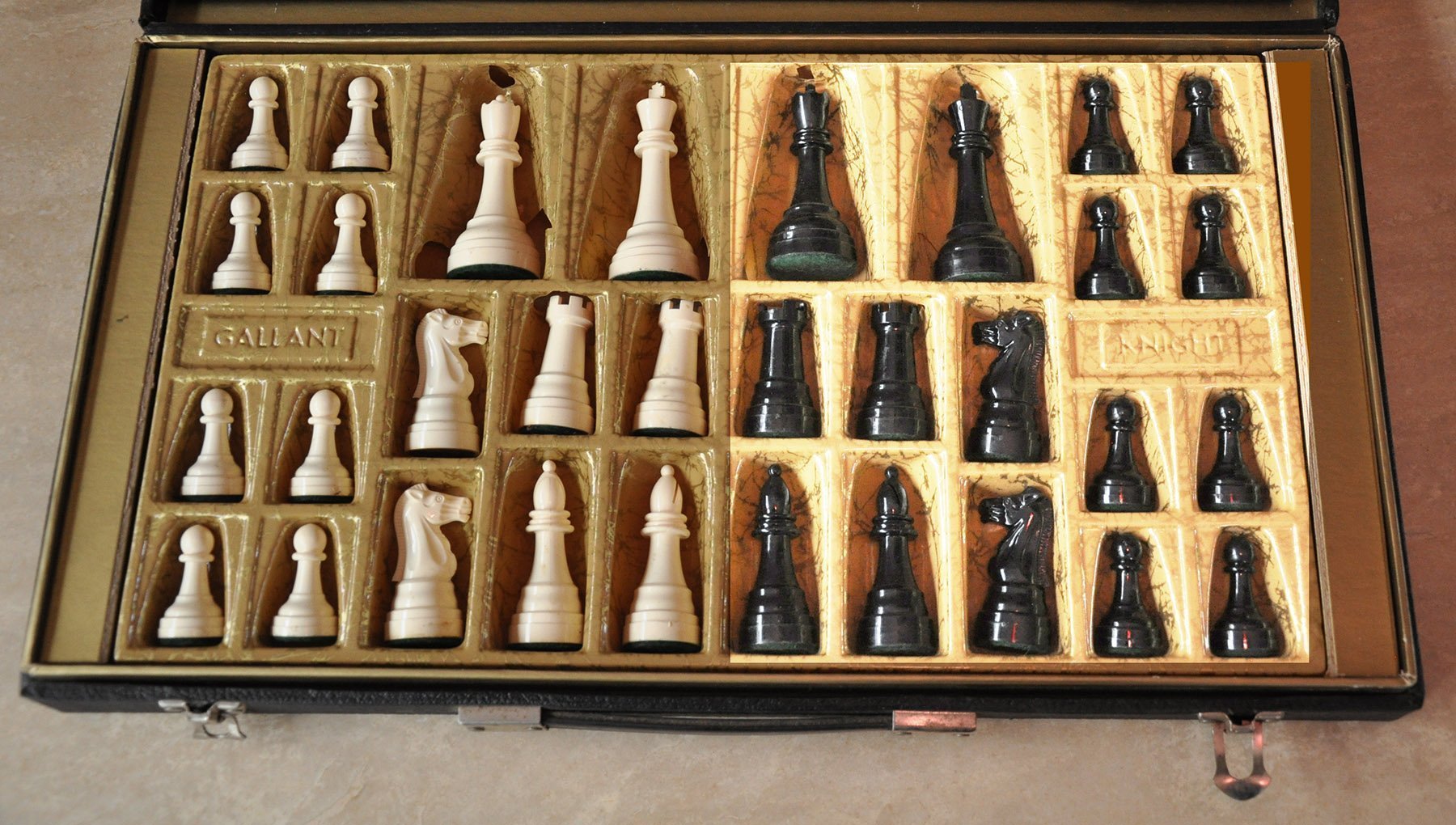 Offered here is a Vintage Gallant Knight Black small Tournament Plastic Chess Set plastic chess set. This is an Authentic Staunton design, weighted and felted, chess set.  The set has a 3-1/4″ King with a 1-3/8″ diameter base. Included are a wood grained maple and rosewood imprinted paper folding cardboard chessboard with 2-1/8″ squares. The chessmen and chess board are in excellent condition. The chessmen and chessboard are housed in a clack leatherette covered briefcase with fitted compartments for the chessmen The chessmen, chessboard, leatherette case and interior are in excellent condition.

The chessmen are produced by The Gallant Knight Company, formerly located at 147 Grand Avenue, Lake Villa, IL. The sets first appear in The Chess Review magazines in the early 1940s. The early sets were offered in the Student size with a 2-3/8″ King and a 1-3/16″ diameter base; and the Standard size with a 2-3/4″ King and a 1-5/16″ diameter base. They later moved to 228 West Kinzie Street, Chicago 10, IL, and added the small, Travel set No. 100(M) with a 2-1/8″ King having a 15/16″ diameter base; the Small Tournament set with a 3-1/4″ King having a 1-7/16″ diameter base , and a large Tournament-size set with a 4-7/8″ King and a 2-0″ diameter base. The sets were produced in a Mottled plastic as well as a Black or Red and ivory colored plastic. the Travel, Student sets were housed in simple cardboard boxes (No. 100, No. 35, No. 36 and C100). The Standard and Small Tournament sets were housed in cardboard boxes, hinged leatherette cases and a very attractive wooden chest (No. 75 and No. 76). The large Tournament set was housed in a hinge-top leatherette covered cardboard box.