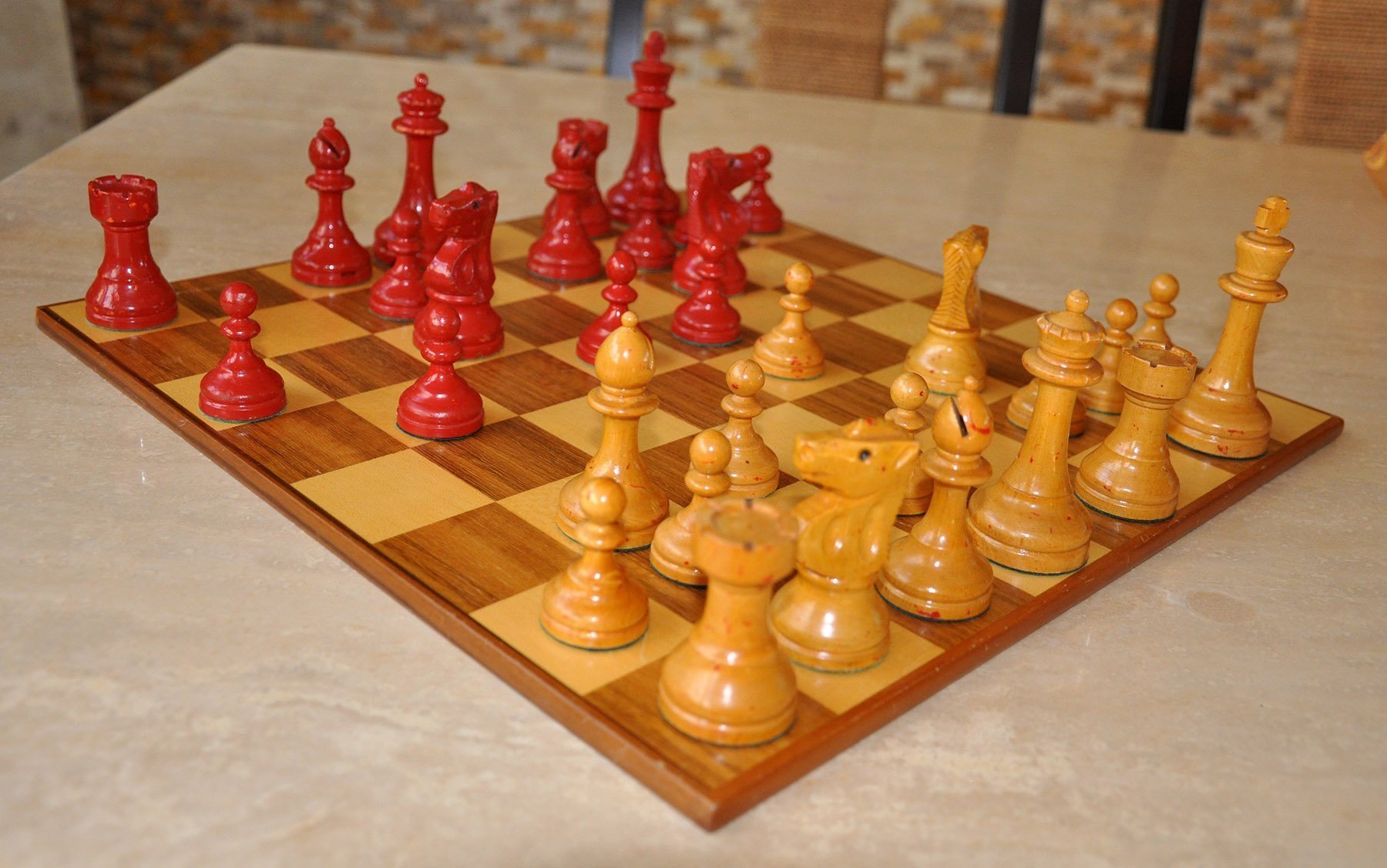 A very rare, early, red lacquered William Pinney Antique Chess Set, featuring Tournament-size Staunton chessmen, weighted and felted and produced around 1933. This vintage chess set is one of the earliest known examples of an original William T. Pinney. The Chess set is Red and natural lacquered Orangewood. The King stands 3-3/4″ tall with a 1.6″ diameter base. The captivating feature of the Pinney chessmen is the unique Knight. Somewhat slab-sided and simple, the Knights have an allure all of their own – to some, it is an acquired taste. The chessmen are housed in their original slide-top cedar box with the earliest paper manufacturer’s label showing the address affixed to the underside of the lid. These particular chessmen were among the very first produced by Pinney in 1933. The chessmen are in excellent condition, but it appears from he spots of red lacquer spotted about that someone may have tried to re-lacquer the chessmen.  The chessboard shown is not included in this auction, but may be purchased elsewhere on this site.

William T. Pinney chessmen were constant fixtures in chess clubs and tournament halls through out the country from around the 1930s through the late 1950s. The chessmen are often featured on the cover and pages of Chess Review, edited by Al Horowitz, throughout the over three decades of the Magazine’s existence.