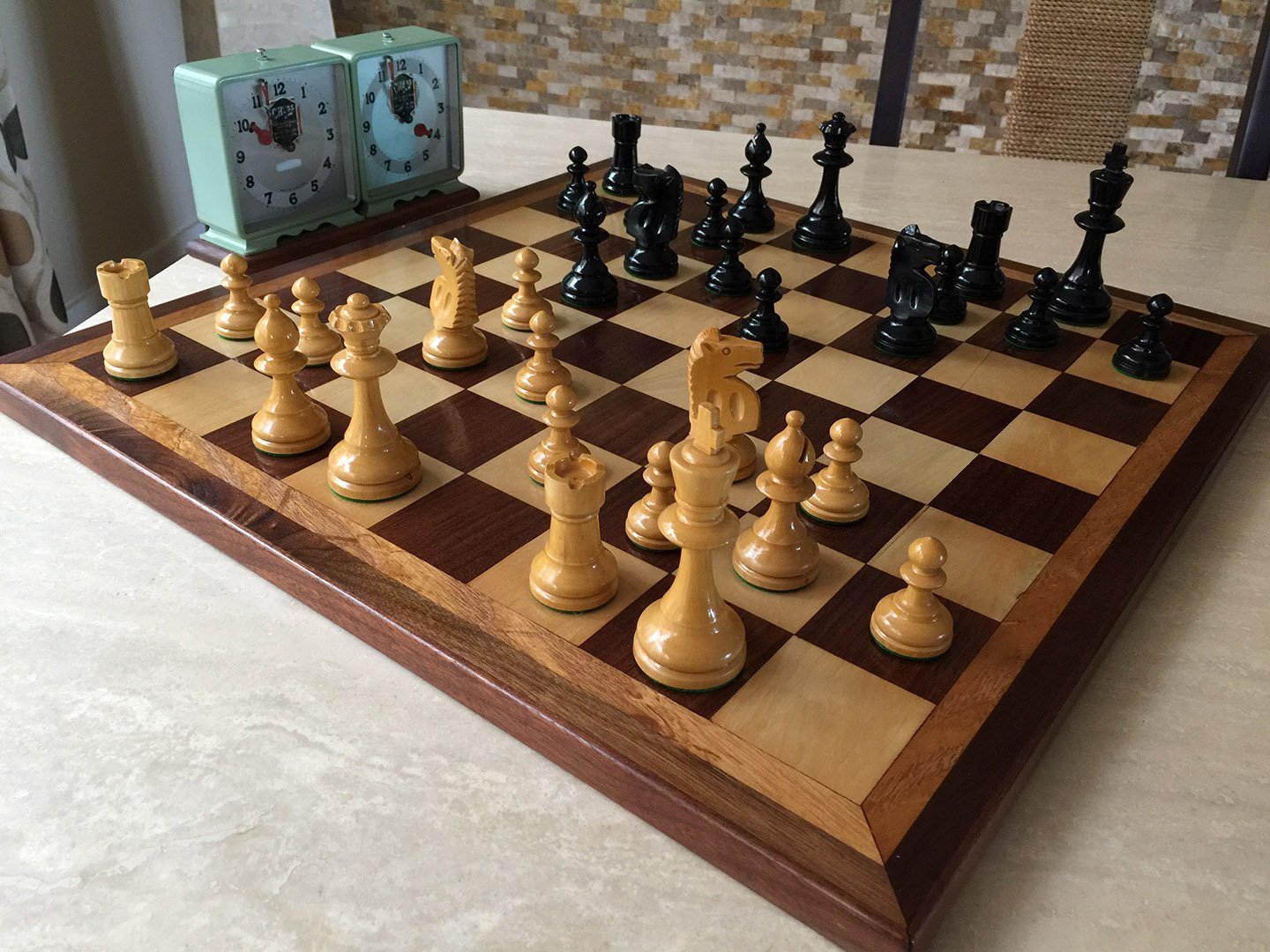 Featured here is a rare William Pinney Chessboard, measuring 20-1/2″ square, with 2-1/4″ Burmese Rosewood and Holly squares. The Holly was local from the Santee Valley in Southern California. Pinney used many different woods from around the World for the dark squares in the chessboards he made.  Consequently, very few boards are exactly alike. You can find more information on Burmese Rosewood at http://www.wood-database.com/burmese-rosewood/

This chess board is in very good condition and was produced around 1930. The back of the chessboard shows wear and has very little finish. This chessboard is ideal for full Tournament-size chessmen, such as those made by Pinney, Jaques, The British Chess Company and Ayres, among others. The Pinney War Model chessmen and the Sutton Coldfield clock shown are not part of this offering, but can be purchased elsewhere on this site.

W. T. Pinney chessmen and chess boards were constant fixtures in chess clubs and tournament halls through out the country from the 1930s through the late 1950s. The chessmen are often featured on the cover and pages of Chess Review, edited by Al Horowitz, throughout the over three decades of the Magazine’s existence.