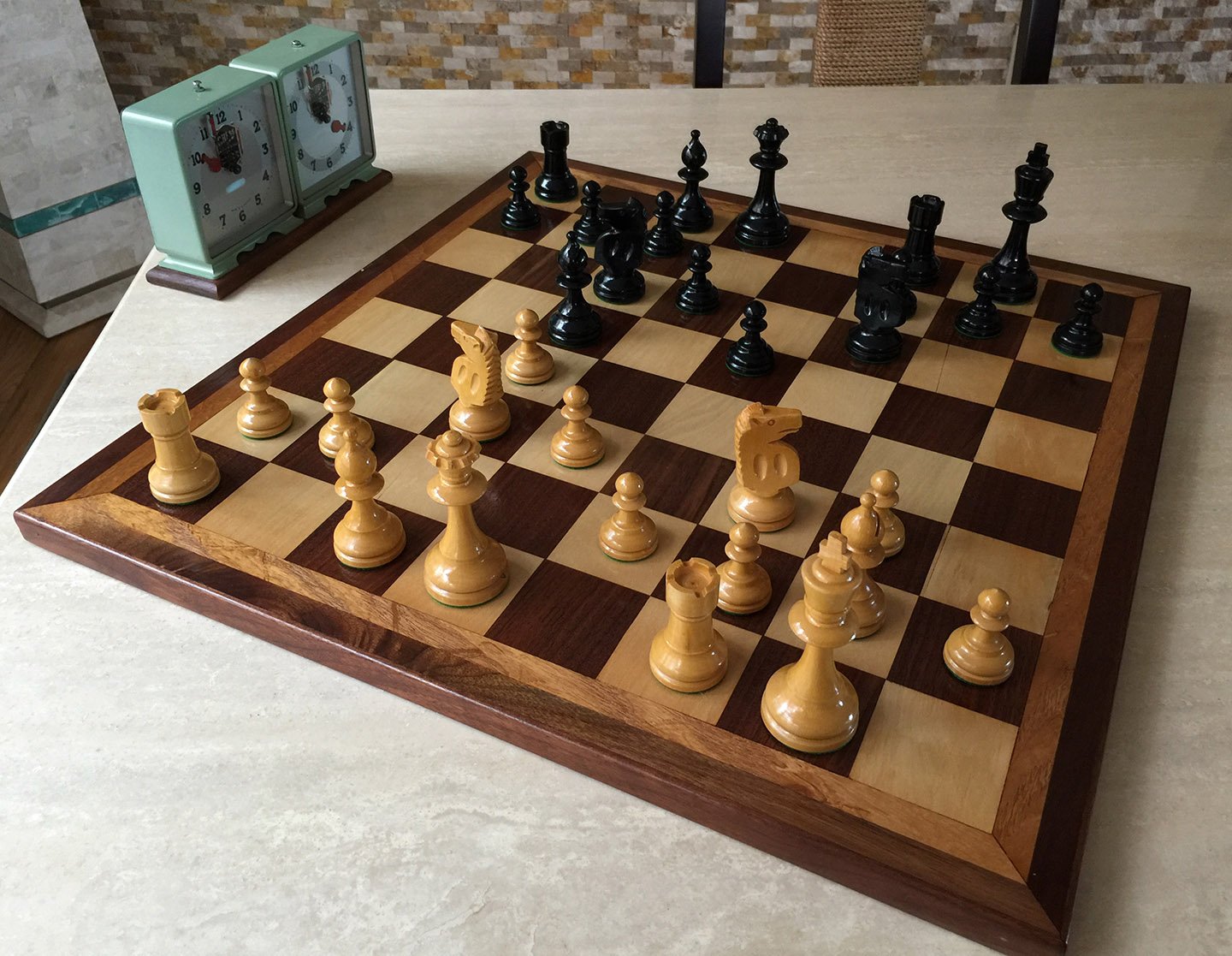 A William Pinney War Model Antique Chess Set, featuring Club-size unweighted and felted Staunton chessmen. These chessmen are unique in that they were produced during the War. In order to aid the War effort, Pinney did not weight his chessmen with lead as he normally would. Lead had been designated by the United States Government as a Strategic War Material and severely limited it’s used in commercial goods.

These War Model Pinney chess sets were produced between 1940 and the late 1945 and are quite rare. The Chess set is black and natural lacquered Orangewood. The King stands 4-0″ tall with a 1.6″ diameter base. The captivating feature of the Pinney chessmen is the unique Knight. Somewhat slab-sided and simple, the Knights have an allure all of their own – to some, it is an acquired taste. The chessmen are housed in their original hinge-top cedar box with the manufacturer’s name and address burned into the underside of the lid, as well as the words “War Model, No Lead”. These particular chessmen were produced around 1945. The chessmen and cedar hinge-top box are in like-new condition.  The set appears to have been unused. The Pinney chessboard and Sutton Coldfield chess timer shown are not part of this sale, but may be purchased elsewhere on this site. These chess pieces play and display best on a chessboard with 2-1/8″ or 2-1/4″ squares,.For a complete selection of our finest new and antique chessboards, please visit https://chessantiques.com/product-category/chessboards/

W. T. Pinney chessmen were constant fixtures in chess clubs and tournament halls through out the country from the 1930s into the late 1950s. The chessmen are often featured on the cover and pages of Chess Review, edited by Al Horowitz, throughout the over three decades of the Magazine’s existence.