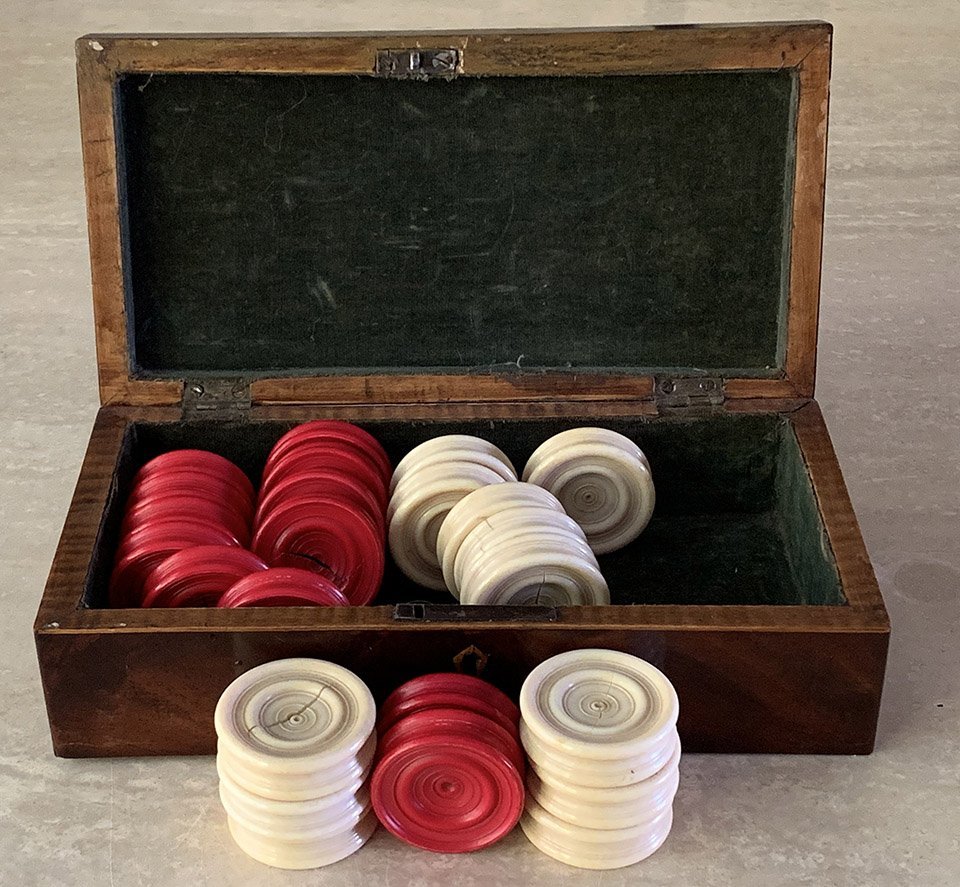 Here is a complete set of 24 Antique Ivory Draughts or Checkers, red stained (Cochineal) and natural. The individual checkers measure 1.2″ in diameter by 0.4″ thick. These English-made Draughts date to around 1875. The antique folding chessboard shown is not included, but this and several other suitable boards are available elsewhere on this web site or upon request. The ivory game pieces are in excellent condition. The counters are housed in a Mahogany slide-top box. There have been no repairs or replacements and the red stain is still vivid. This set does not include dice, shakers or a doubling cube.

For a more detailed discourse on the history and rules for Draughts or Checkers, check out:https://en.wikipedia.org/wiki/Draughts and http://www.usacheckers.com/