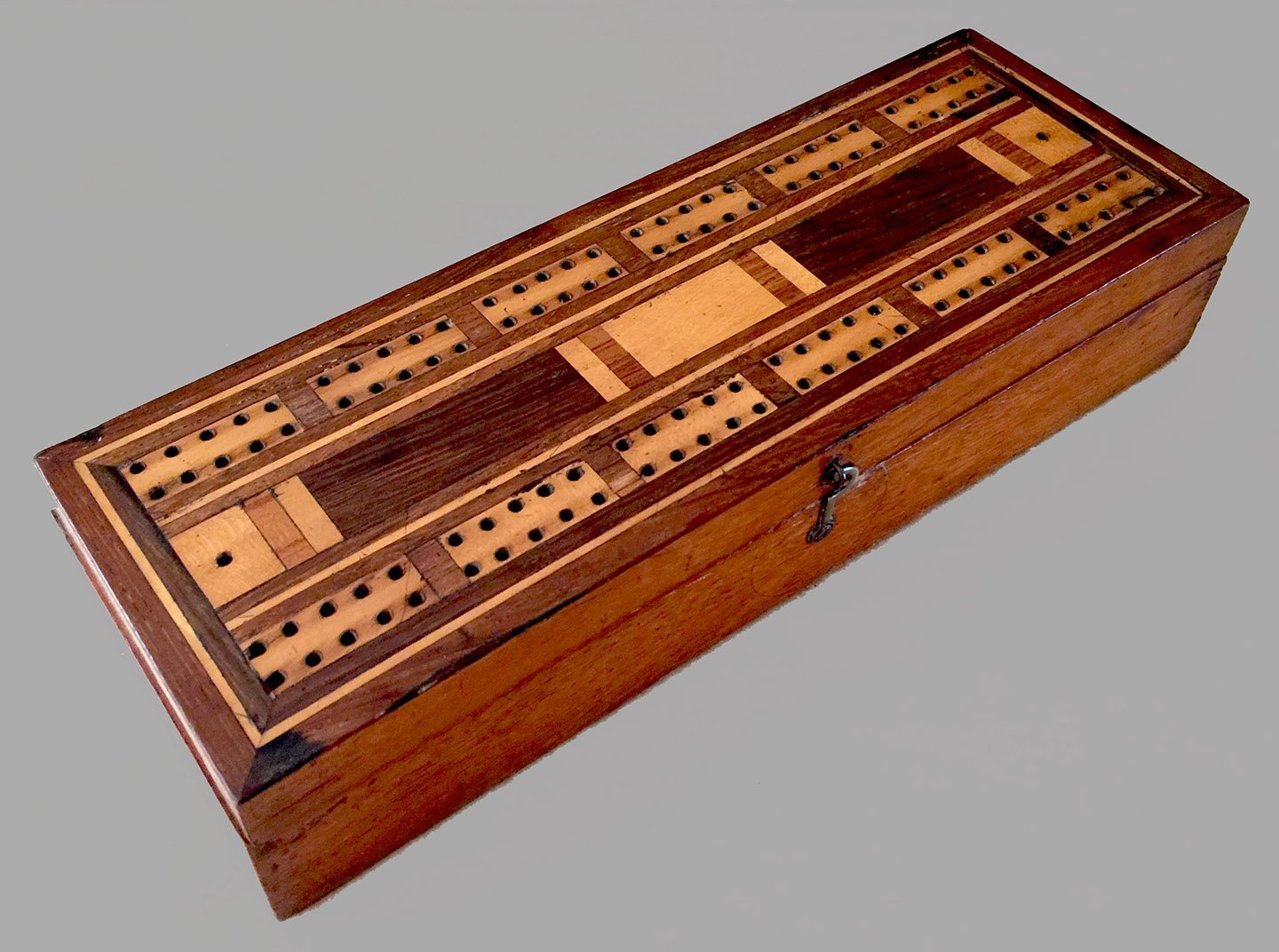 Offered here is a Cribbage Dominoes Compendium, complete with a full deck of 52 playing cards. The Domino tiles are a Bone and Ebony sandwich with a central brass pin. The dominoes range from the six-spot to the blank. The tiles measure 1.6″ x 0.8″ x .3″ thick and are housed in a decorative Coromandel; and Holly inlaid hinge-top box, 10-3/4″ x 3-3/4″ x  2″ deep. The box top also serves as the Cribbage board. The set is complete with bone pegs. The set appears to be mid-to-late 19th Century.

A very comprehensive summary of the history, rules and dominoes variants can be found at: