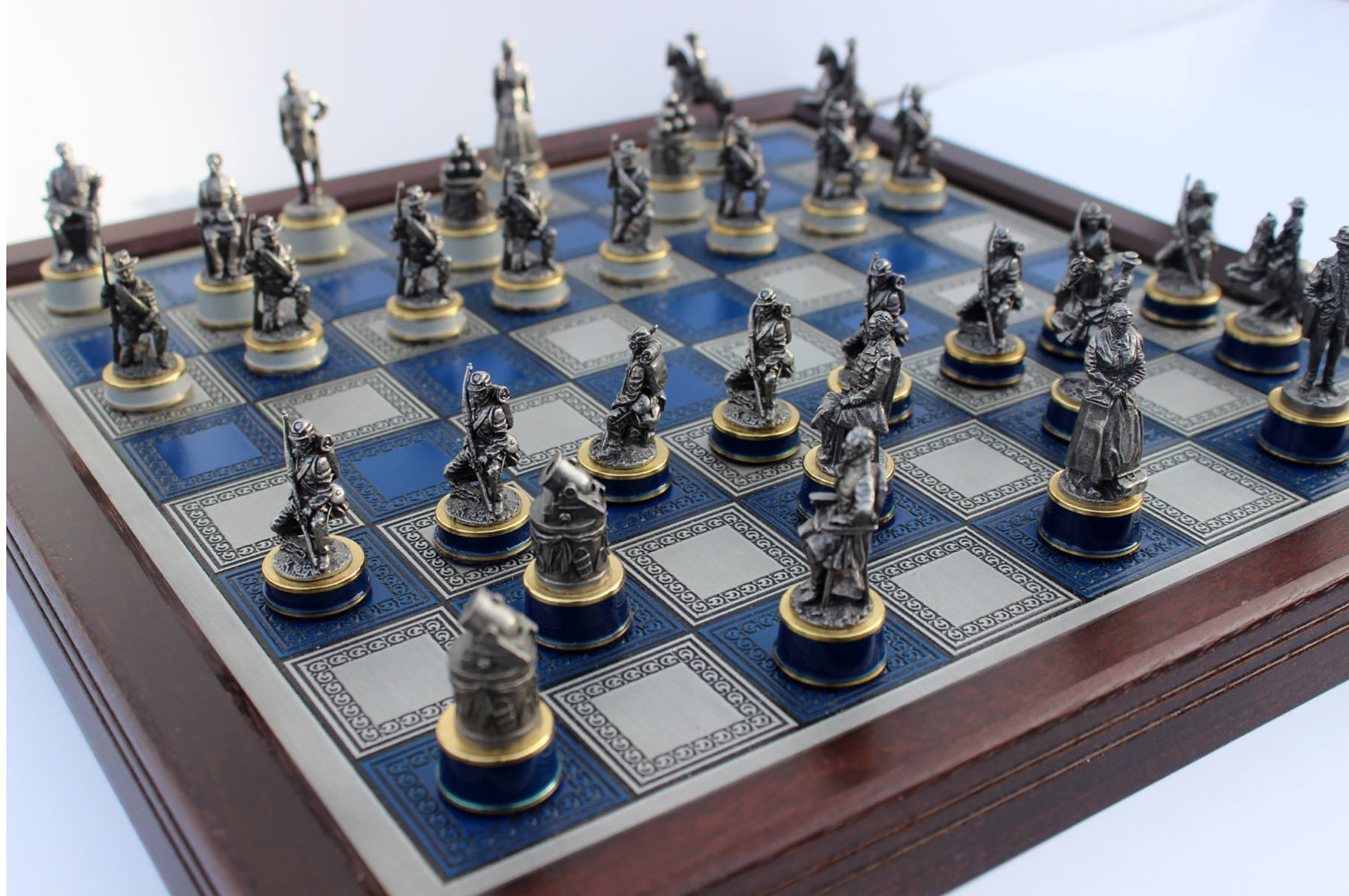 Offered here is an original Civil War Chess Set manufactured by The  Franklin Mint. The chess set contains 32 Pewter portrait sculptures mounted atop solid Brass Pedestals with Grey and Blue enameled embellishments. The portrait sculptures have been authenticated by the National Historical Society. The pewter-finished playing area has a dark hardwood encasement. The top of chess board lifts up to reveal separate storage compartments for each of the thirty two chess pieces. The Chess Board Measures 13.5″ x 13.5″. The set is complete, in excellent condition, and includes the original Certificate of Authenticity  dated April 7, 1983, with a facsimile signature of William C. Davis, Chairman of the National Historical Society and other associated paperwork. Also included are identification charts for both armies as well a short history of the Stonewall and Iron Brigades as well as each of the characters. These are neatly housed in the original navy blue box with The National Historical Society Civil War Chess Set imprinted in gold on the lid.

The Union army consists of the following characters.

The Confederate army consists of the following characters