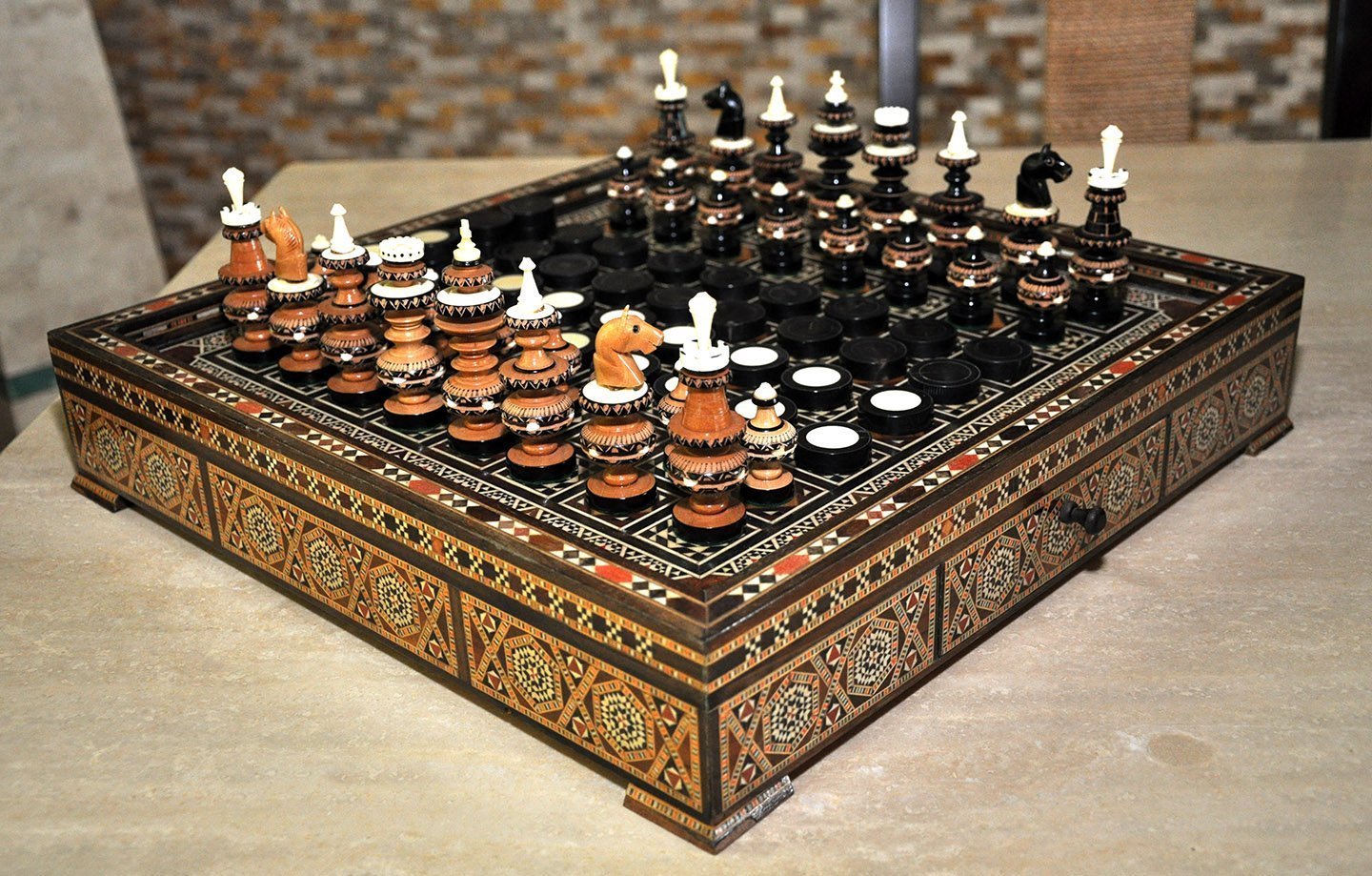 Offered here is a modern interpretation of the rather pedestrian French Régence chessmen, a design which dates back to the days of the Frenchman François-André Danican Philidor (September 7, 1726 – August 31, 1795), the leading French chess player and music composer who, by 1755 , was considered the World’s strongest chess player. These very elaborately embellished chessmen feature a 3-3/4″ King with a 1.1″ diameter base. Each of the Pieces and Pawns sport bone finials and pierced collars. There are also miniature bone pillars mid-body of each of the chessmen. The Ebony and bone draughtsmen shown are not included in this lot.

The chessmen are housed in an extraordinarily detailed inlaid chessboard storage box with drawers for the chessmen. The ubiquitous French Régence  design was in use from the early 1700s through the early 20th Century. The set was probably of either Mexican or Polish origin and was likely produced around 1970.