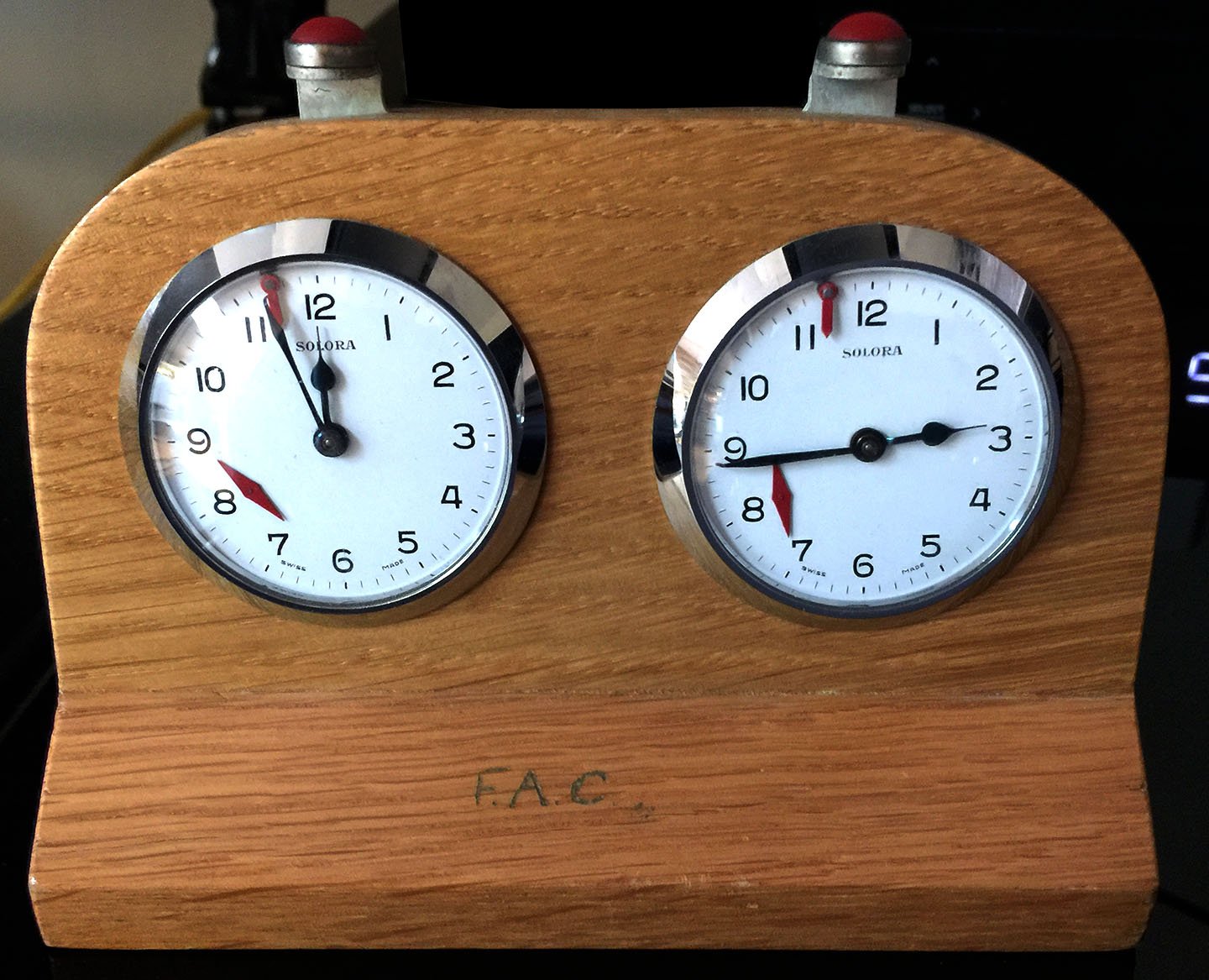 
For sale is a rare Solora chess clock, made in Solothurn, Switzerland, from around 1948 until the 1960s. This small mechanical analog clock features two precision Swiss watch movements inserted into a blond oak housing. The timers can be independently stopped by pressing a red plastic button atop the case which forces a slider bar to engage one of the escapements, thus causing that timing mechanism to stop. The case measures approximately 4″ tall by 5-3/8″ wide. The movements are very smooth and quiet.  The movement is still working and is extremely accurate. The blond oak case is an excellent condition with a pleasing patina. These clocks were retailed by the famous Dutch chess clock maker H. Koopman, among others. After WWII Koopman couldn’t buy clockworks from Germany to make his own chess clocks, so he tried to make a living by retailing other foreign clocks like ‘Danuvia’ and the ‘Solora’.

These Timers were used in many National and International tournaments, including the famous Botvinnik – Tahl World Championship matches in 1960 and 1960. They also were used in the famous Piatigorsky Cup Tournaments in 1963 and 1966 in Los Angeles California.