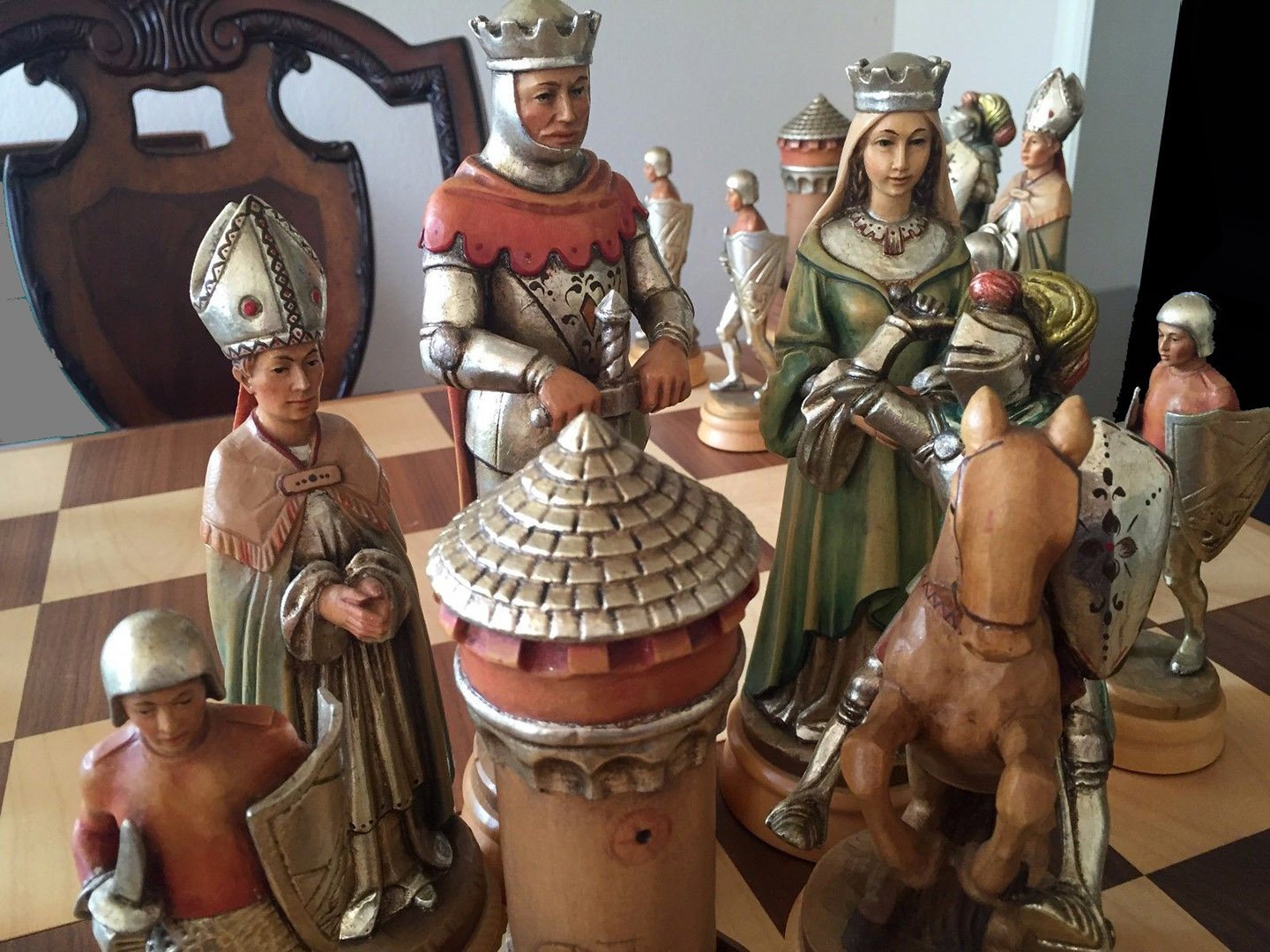 Offered here is a beautifully hand-carved and hand-painted figural Anri Monsalvat Chess Set and matching Anri chessboard. This is the largest size, with an enormous King height of 11 inches. The chessmen represent King Arthur and the Knights of the Round Table. The name of the chess set is taken from the castle where the Holy Grail is housed in the legend of “King Arthur and the Knights of the Round Table”. The finely hand carved Anri Monsalvat Chess set pieces are crafted from Alpine Maple and are hand-painted and gilded. The bases are lightly weighted and the pieces are felted. Each King and Queen bears the Anri label on their base undersides. This set of Anri chessmen includes its four-piece Maple and Mahogany Anri chess board with 4″ squares. The chessmen are housed in their original green-lined and compartmentalized cardboard display box, measuring nearly 3 Feet long!  The Monsalvat Medieval chess set is the most famous of the ANRI chess sets.  Anri chessmen are 100% made in Italy for those who can appreciate the true value of these magnificent artistic chessmen. The chess pieces and chess board are still in their original packing materials. The chess pieces were just recently unwrapped for photographic purposes. These sets were produced between 1969 and 1982.