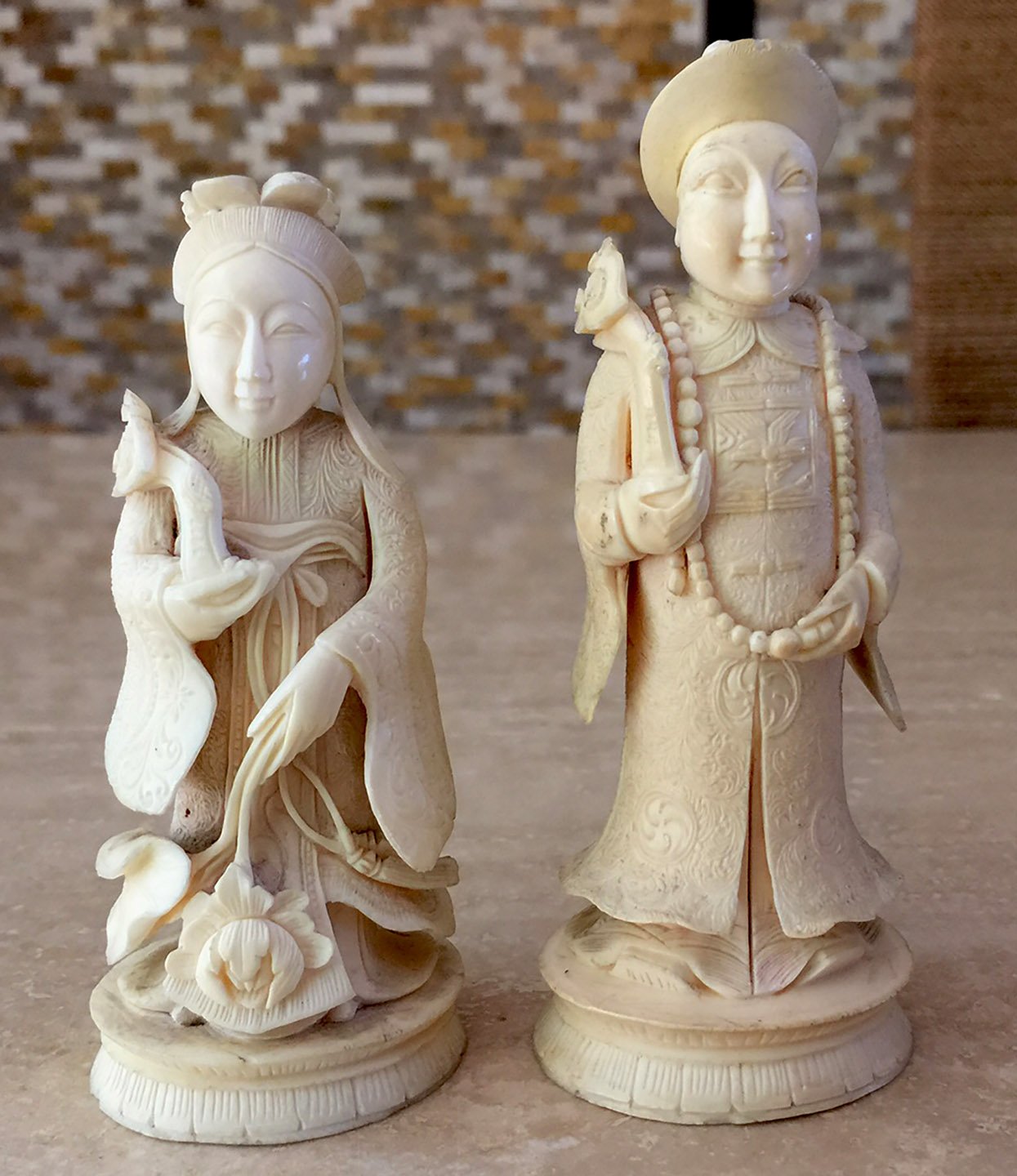 A large Antique Cantonese chess set. The chessmen are hand-carved in natural and red-stained ivory. The King stands 5” tall. There are two styles of Pawns, four hold sabers and shields, the other four hold spears. The Chinese royal characters are dressed in elaborately carved clothing styles from the Manchu Dynasty. The hair and headdresses are facsimiles of those worn during that period. The Rooks are particularly fascinating. They are represented by Elephants with riders and back-mounted vases bearing three symbolic staffs. All the chessmen are in excellent condition. These chess sets started to appear on the European Market around 1820 and continued throughout the Victorian Period. These sets were produced in a variety of levels of detail.

This set is well above average in detail and size. The most elaborate of these Cantonese chess sets will have all unique Pawns representing the eight Chinese immortals. They will also feature very elaborate carvings on the royals, with the Kings and Queens seated atop a Phoenix or Dragon, and will feature full-bodied Elephants, Horses and Camels. These sets can be found in sizes ranging from around 3-3/4″ to over 16″.

When Europeans, especially the British, became infatuated with Chinese and Indian decorative arts in the eighteenth and nineteenth centuries, Chinese craftsmen began to make increasingly elaborate chess sets to export catering to European tastes.  These sets were made for the European Market and probably sold in Macao which was the only place in China where Europeans were allowed to visit prior to the Opium Wars of the 1840s.

The best of these sets were carved in Cantonese workshops, using fine ivory imported from India, and brought to Europe by the British East India Company. China has produced some of the most extraordinary chess sets in the world. This set is a marvelous feat of carving.