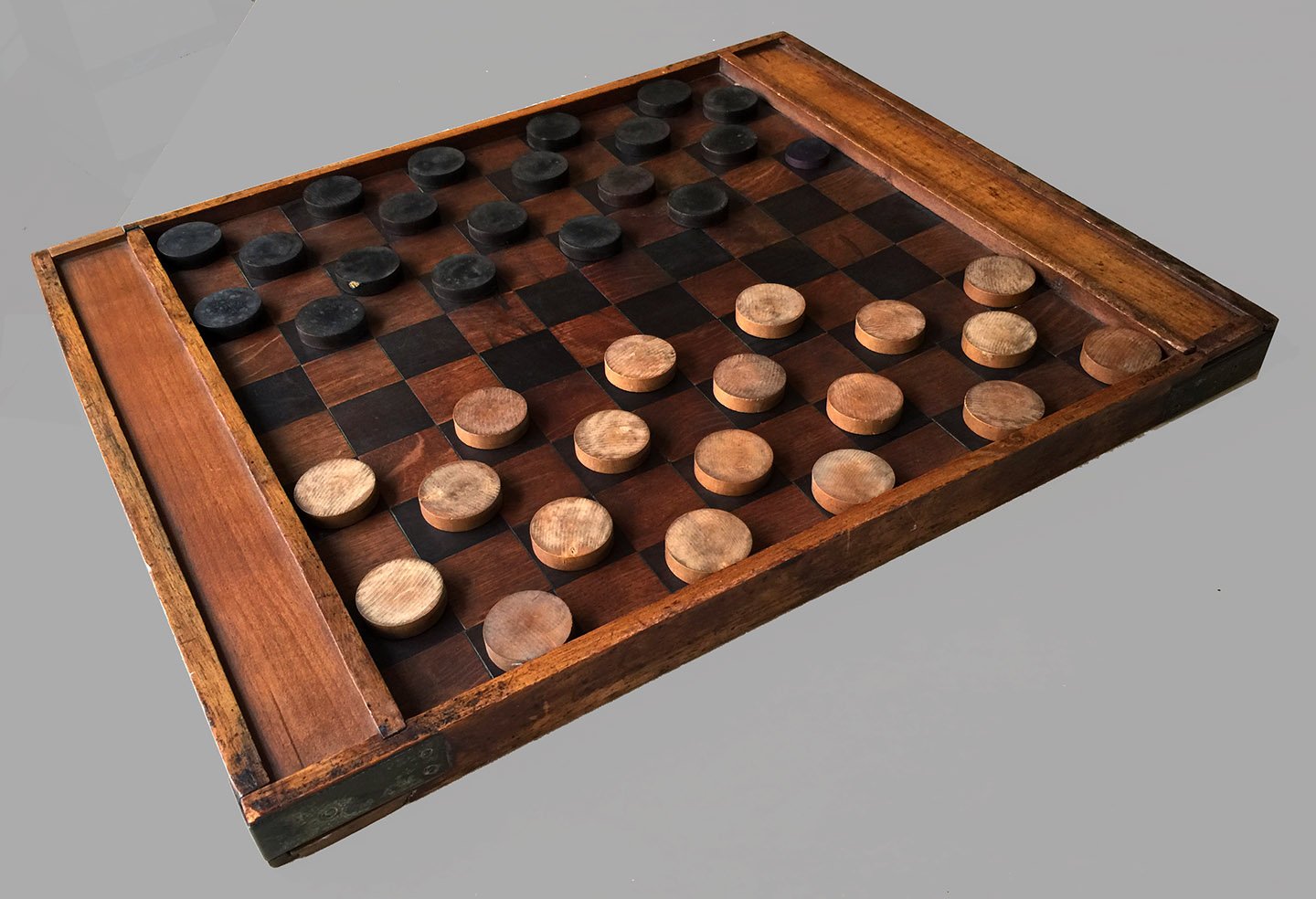 Here is a well enjoyed Antique Continental Draughts Checkers Set. The individual Boxwood and Ebony checkers measure 1.25″ in diameter by 0.3″ thick. There are 19 checkers of each color plus five smaller Ebony checkers measuring 1″ in diameter by 0.2″ thick. The proper number of game pieces should be 20 each, so one of each color is missing (ignoring the five smaller game pieces). The chessboard is double-sided. The checker board on one side has 64 squares each measuring 1-3/4″ while the Continental Draughts board on the obverse has 100 squares each measuring 1-3/8″. The overall dimensions of the game board are 18″ long by 14-1/2″ wide by 1″ thick. There is a sliding lid compartment on each side of the game board which opens from either side to house the checkers. The four corners of the chessboard/box are reinforced with brass straps. The board is in good condition for its age with some very slight signs of the veneer squares lifting. These English-made Draughtsmen date to around 1890.

For a more detailed discourse on the history and rules for Draughts or Checkers, check out this link and this link.