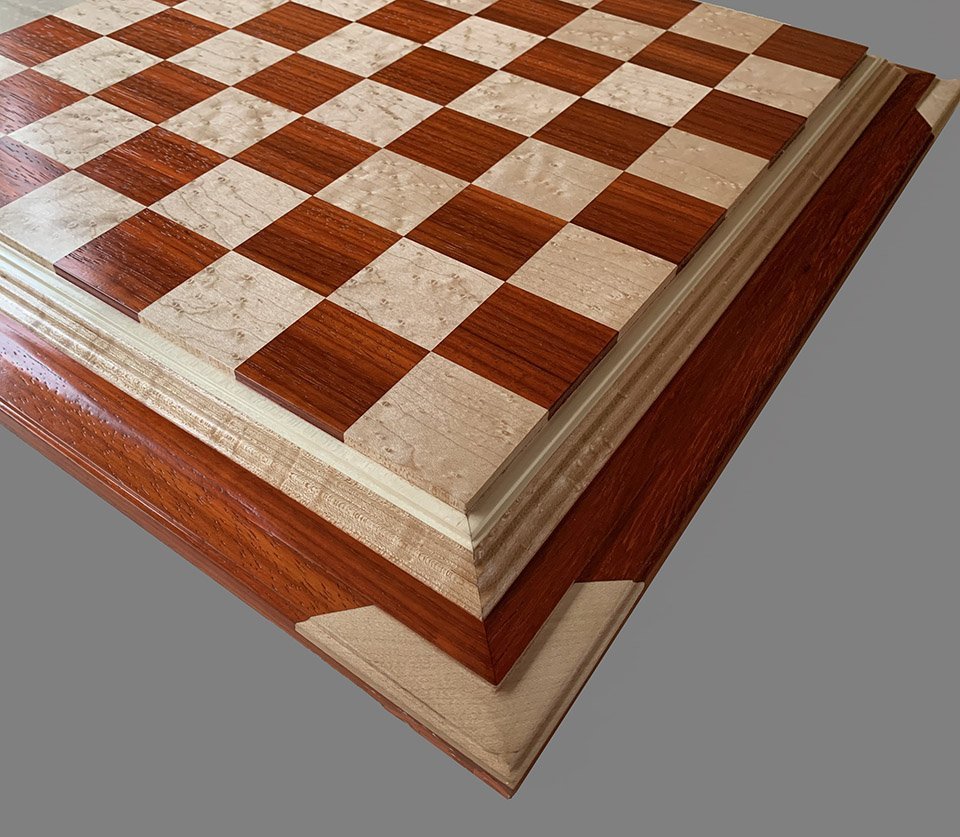 A Curly Maple and Padauk Premium Chessboard with raised 1-7/8″ squares of Padauk and Birdseye Maple with a solid frame of Padauk  with Holly Delimiter and Curly Maple inlays and corner. The chessboard measures 19-1/4″ square and is designed to accommodate Library-sized Staunton chessmen or English Playing sets with base diameters around 1-1/2″. It is in like-new condition and is accompanied by its original certificate of authenticity and a custom-made protective brown soft cotton slip-case. The back of the chessboard is marked with its unique serial number, 109550. This heirloom quality chessboard, which is part of the Camaratta Signature Chessboard Series, was designed and Crafted by Bill Lisica. The board was produced in April, 2001. Our complete line of Antique, Custom and Luxury chessboards can be found here.

Birdseye Maple is not technically a distinct species of Maple, but rather, it’s a figure that’s occasionally found in Acer saccharum (Sugar Maple) trees. The eyes reportedly caused by unfavorable growing conditions for the tree. The Maple attempts to start numerous new buds to get more sunlight, but with poor growing conditions the new shoots are aborted, and afterward a number of tiny knots remain.