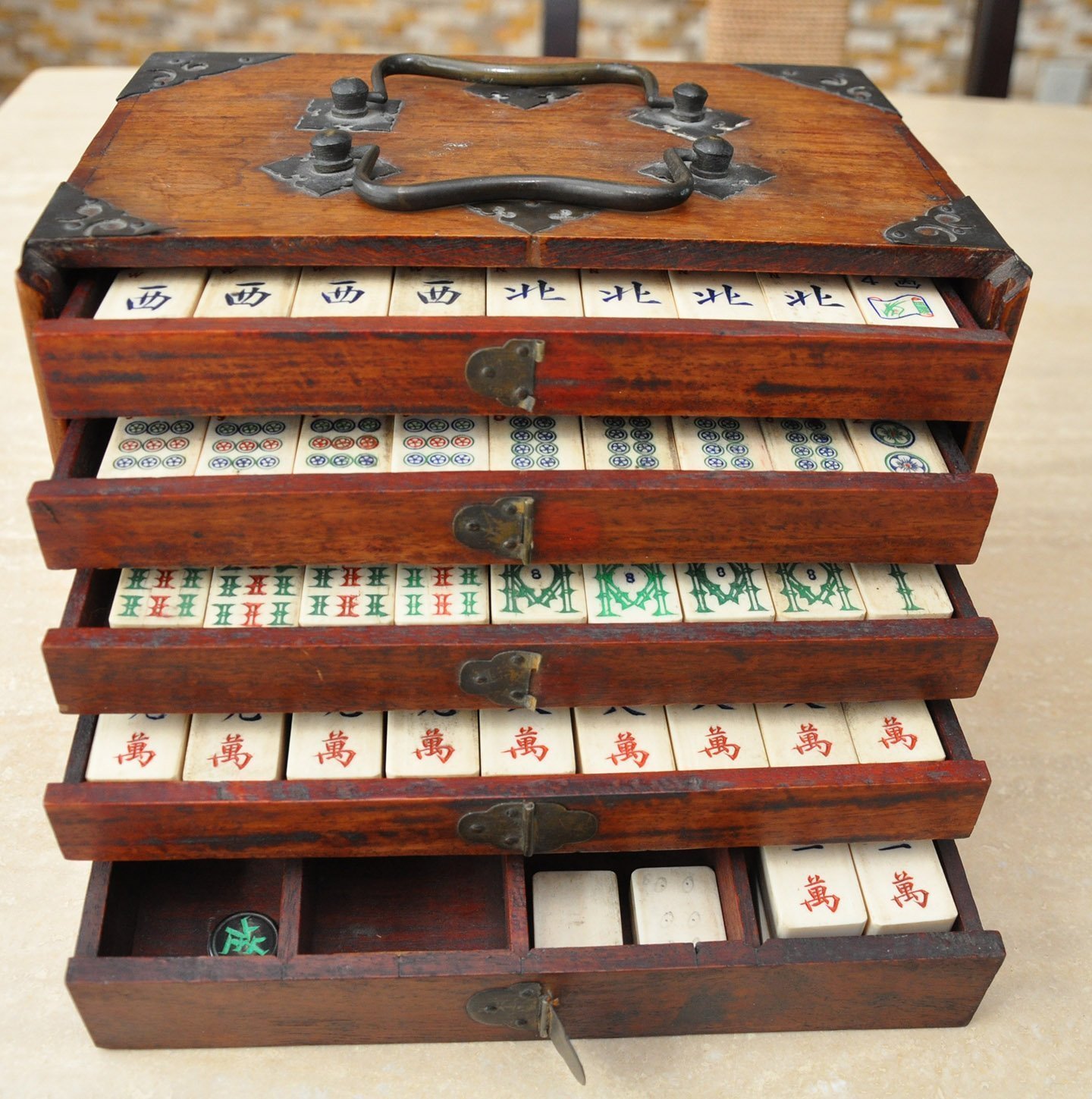 Offered here is a vintage, complete, full-sized cased Mahjong set with five drawers. The tiles are Bone and Bamboo adorned with Chinese-themed art and calligraphy. The chest is adorned with brass corners and handles. The drawers house the tiles, which are 50% bone and 50% Bamboo. Also included is a small set of dice in a small slide-top box. The tiles and other game pieces are in excellent condition. The chest of drawers is in very good condition. Circa 1920.

Mahjong, also spelled majiang, mah jongg, and numerous other variants, is a game that originated in China. It is commonly played by 4 players (with some 3-player variations found in South Korea and Japan). The game and its regional variants are widely played throughout Eastern and South Eastern Asia and have a small following in Western countries. Similar to the Western card game rummy, Mahjong is a game of skill, strategy, and calculation and involves a degree of chance.

For an excellent treatise on the History and rules of Mahjong, visit:  https://en.wikipedia.org/wiki/Mahjong