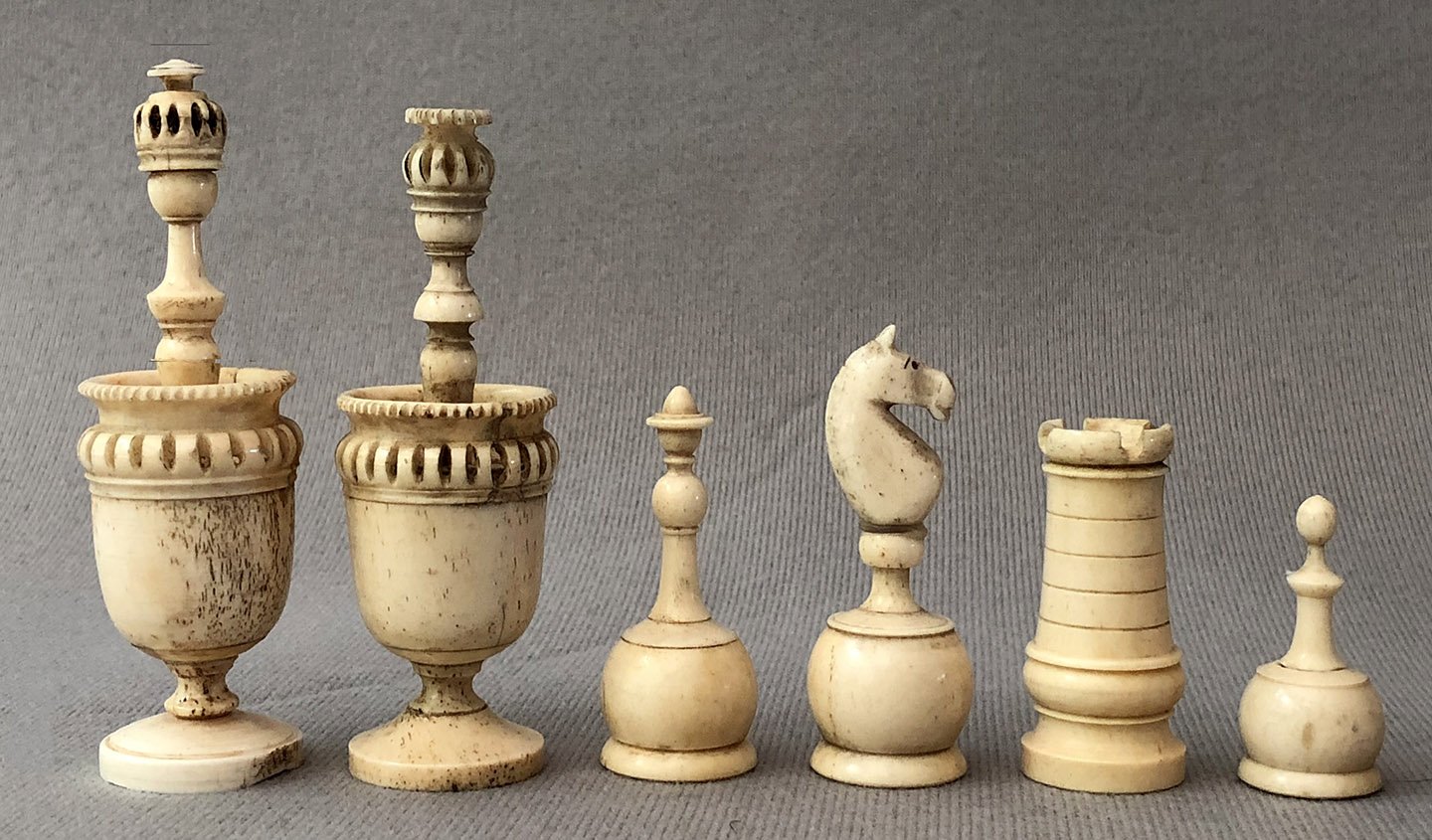 Offered here is an Antique French Lyon Bone Chessmen, natural and red-stained, circa 1780. The Kings and Queens are adorned with cut-out galleys. The King stands 3-7/8″ tall and has a 1-1/8″ diameter base. The chessmen are in average-to-good condition. As can be seen from the images, there is some variation among chessmen of similar rank, which is fairly typical for chessmen from this period. The Lyon design is an extension of the ubiquitous French Régence and Directoire style chessmen. French antique chess sets cover a wide range of periods and style, dating back to before the days of Ben Franklin and André Philidor through the early  twentieth Century. Régence, Lyon and Directoire sets are quite charming. The chessmen play and display best on a chessboard with 1-7/8″ – 2-0″ squares. The antique chessboard shown is not included, but a suitable chessboard can be found elsewhere on this site at https://chessantiques.com/product-category/chessboards/

From a practical chess playing aspect, these chessmen have several shortcomings. The chess pieces are somewhat unstable and easily overturned during play. These design deficiencies were common to almost all pre-Staunton designs and were likely responsible for the huge success of the revolutionary new Staunton design, registered by Nathaniel Cooke and produced by the firm of John Jaques of London. The Staunton pattern chessmen first appeared on the English market in October of 1849 and soon displaced all other chessmen designs as the first choice of chess players for casual and tournament play.