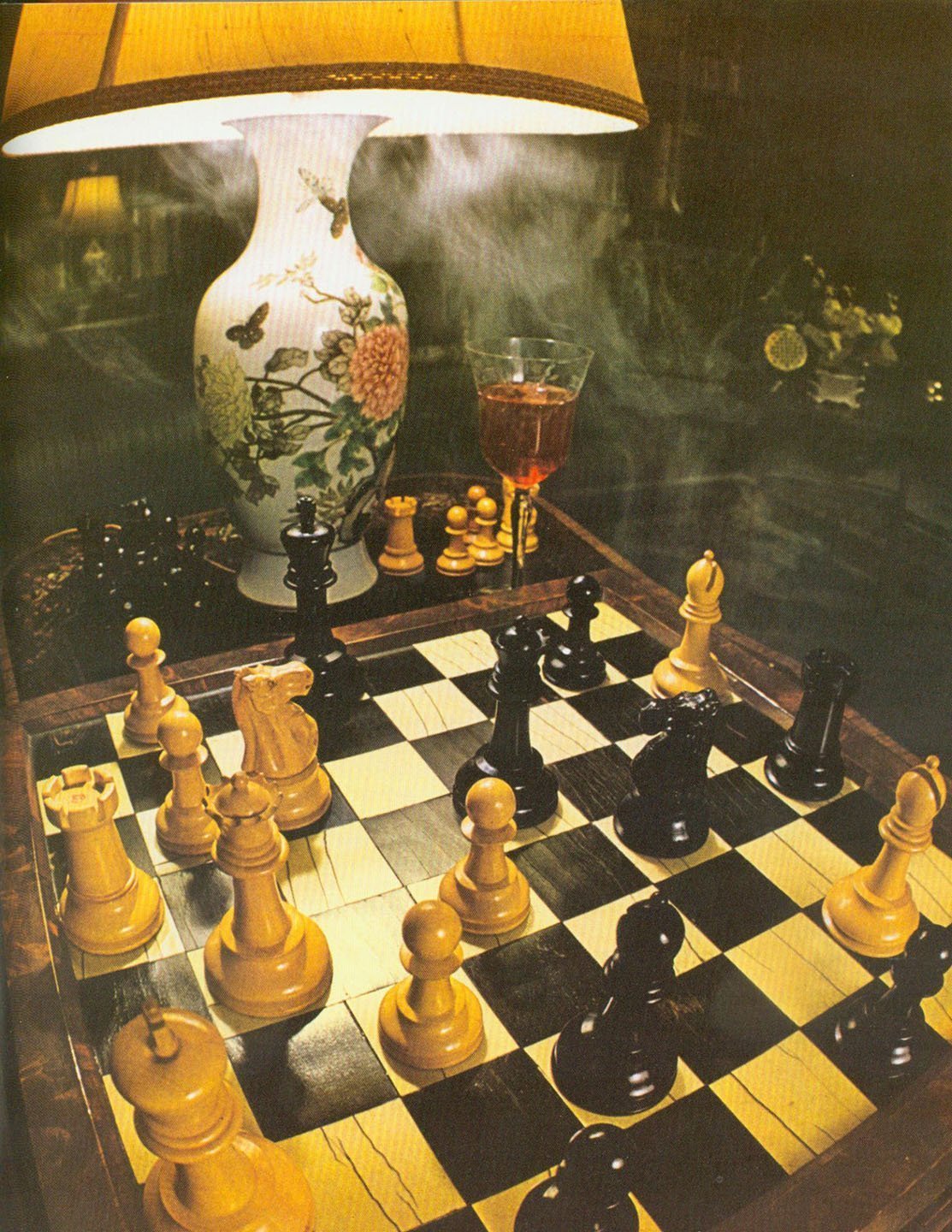 A set of Boxwood and Ebony Jaques Lessing Chessmen, unweighted and felted, with “Jaques London” inscribed on the base of the both Kings. A very attractive set with Lessing-style Knights. The King stands 2-3/4″ tall with a 1-1/4″ diameter base. In the advertisements, this set was referred to as the “Small Library Size”. The normal Lessing Library Size sets had a 3-0″ King with a 1-3/8″ diameter base.  The Jaques Lessing Chess Pieces are housed in their original lined Mahogany slide-top box with the original yellow label showing “Genuine Staunton Chessmen”. The chessmen and box are in like-new condition. The set is circa 1935. These chess pieces play best on a chessboard with 1-3/4″ squares. The chessboard shown is not included in this sale, but is available elsewhere on this site. For a complete selection of our finest new and antique chessboards, please click here.  A short history of the John Jaques Company and the Staunton Chessmen can be found here.

This is the set featured on the cover and on page 87 of “The World of Chess” by Anthony Saidy and Norman Lessing. This was the last of the Small-Club and Full-Club size chessmen produced by Jaques before World War II. Their factory in London was destroyed during the German air raids during the War. When production resumed, Jaques chessmen were produced only with a 3-3/4″ King.