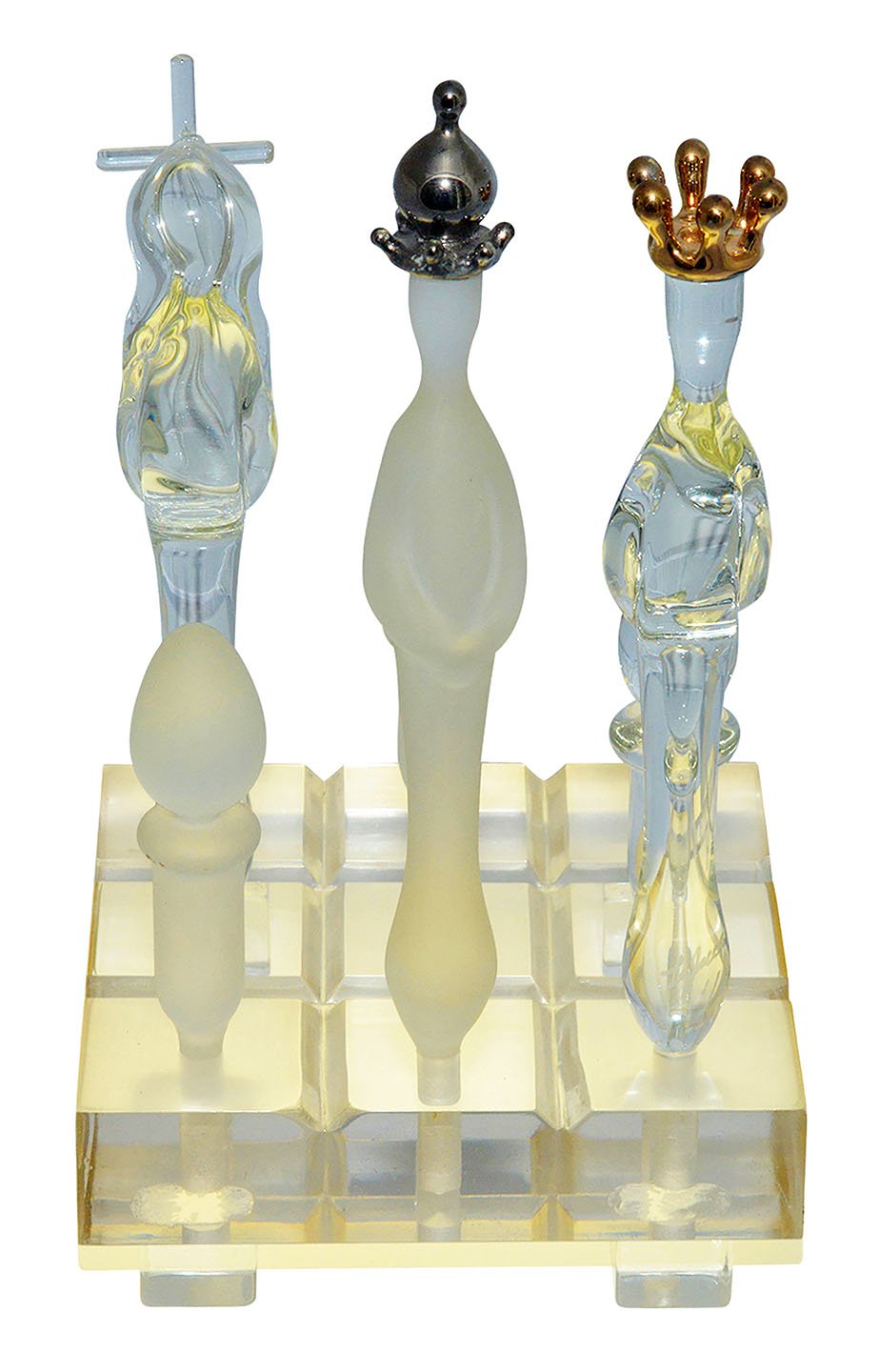 A very unique and beautiful crystal Tic-Tac-Toe game made by Belgian-born glass  artist LaJune. The pieces in the set  are duplicates of the chess  pieces in the set he made for  Barbara Mandrel.  The tallest piece stands 8-3/8” tall. The board is 6-7/8” square by 1-1/4” thick.

Tic-tac-toe (also known as noughts and crosses or Xs and Os) is a paper-and-pencil game for two players, X and O, who take turns marking the spaces in a 3×3 grid. The player who succeeds in placing three of their marks in a horizontal, vertical, or diagonal row wins the game.

An early variant of tic-tac-toe was played in the Roman Empire, around the first century BC. It was called Terni Lapilli and instead of having any number of pieces, each player only had three, thus they had to move them around to empty spaces to keep playing. The game’s grid markings have been found chalked all over Rome. However, according to Claudia Zaslavsky’s book Tic Tac Toe: And Other Three-In-A Row Games from Ancient Egypt to the Modern Computer, Tic-tac-toe could originate back to ancient Egypt. Another closely related ancient game is Three Men’s Morris which is also played on a simple grid and requires three pieces in a row to finish.